Chaparral is a biome that can be found in small amounts in many areas of the world. This biome is characterised by hot and dry summers and warm winters. This is an example of Chaparral (points at picture). During this presentation, we will look at a number of factors that describe this interesting biome. These factors include location, temperature and climate, humidity, soil conditions, biodiversity, and the specific flora and fauna that exist within the biome. 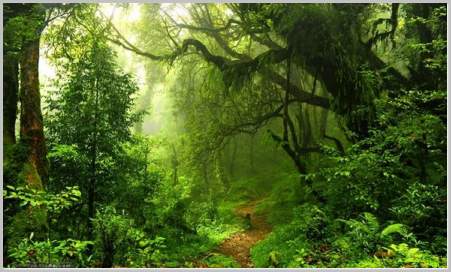 Chaparral can be mainly found in five different areas of the world: The cape of good hope, western North America, southwestern Australia, central Chile, and around the Mediterranean sea. (See the climate of mediterranean) This biome is mainly found next to oceans. This is important, as this is where the little amount of moisture it receives comes from. This will be observed in more detail when Humidity is covered.

During the summer, chaparral receives very little moisture. There is little rain during the summer months, and the small amount of moisture it receives comes from the nearby ocean. This has caused numerous adaptations of the flora and fauna that survive here. Many plants that exist within this biome are mostly dormant during the hot, dry summer.
The winter is the season in which the most moisture is received. The average amount of rainfall in this biome can reach around 20 inches, most of which falls during the winter season. Winter temperatures average around 10 degrees Celsius.

Chaparral lies in a belt of prevailing westerly winds. This is one of the reasons that this biome is found mainly on the western sides of continents.

The soil is very poor in nutrients, and vulnerable to erosion. The erosion of this soil can leave behind bare rock and clay. Therefore, only plants that have specially adapted to surviving in this hot, dry, and nutrient-poor soil are able to exist within this biome.

Chaparral contains a huge amount of biodiversity. This biodiversity can be attributed to the large amount of adaptation of the organisms that exist there. Many of these organisms cannot be found elsewhere in the world. Let’s look at an example. California’s coastal regions are a great example of a chaparral biome. This area supports a very diverse selection of habitats including mantane conifer forests, torrey pine woodland, cypress woodlands, inland and coastal sage scrub, and marshes.
Another example is the chaparral in south Africa. It is home to around 8,000 flowering plants, of which nearly 6,000 can not be found anywhere else on the planet. 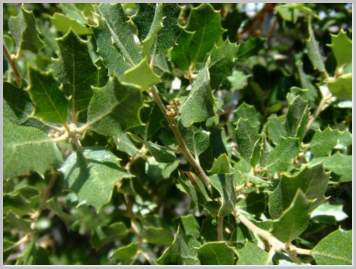 We will now look at some examples of plants that are found in the chaparral biome. First of all, there is the California Scrub Oak. This small, semi-evergreen shrub oak that grows up to two meters tall. This plant has adapted to its environment through it’s ability to re-grow quickly after fires. In fact, fires are often necessary for reproduction. If the intervals between fires increase to around once every 15 years, many species of flora will die. Chamiso is a species of evergreen shrub native to the western United States.

The Taiga Biome: Animals, Plants, Climate and Where is Located