Characteristics of the desert biome

A biome is a major community of plants and animals that are adapted to specific conditions. A desert biome is a region that receives less than 50 centimeters of rain a year, sometimes much less. There are usually more reptiles than mammals in the desert, and desert mammals tend to be small and nocturnal. Burrowing animals are generally more successful than surface dwellers. Plants have adapted to conserve water, and to make prompt use of any moisture.

A dominant plant form usually characterizes each desert biome. The four major desert biomes together take up about 20% of the earth’s land area. All are arid, but each is quite different, with its own climate and species of plants and animals. 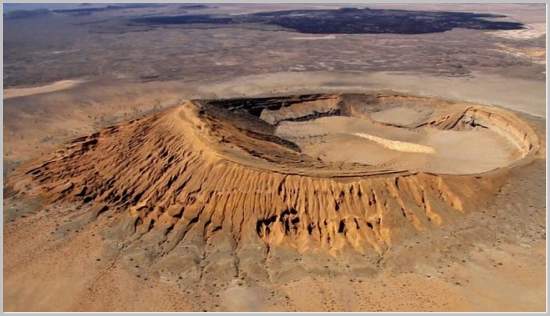 The Sahara is the largest hot and dry biome. It has regions where rainfall is less than a centimeter and a half a year. The American Southwest is a major hot and dry desert biome too. Its deserts continue down into Mexico. Other hot dry deserts include the Ethiopian and Australian deserts, and the Thar of India.

Some hot dry biomes formed in rain shadows. High mountains block moisture from these regions. The utter absence of moisture in the air leads to nearly twice the heat gain in the daytime as in other temperate regions and more than twice the heat loss at night. Most hot dry biomes are also located at or near the Tropic of Cancer or the Tropic of Capricorn, where heated air that has lost its moisture high in equatorial regions comes to earth.

The mean temperature in this biome may be 68-77 degrees F., but extremes can be much higher, to 120 degrees or more. The temperature falls sharply at night. Rainfall is low, but concentrated in cloudbursts. The soil is often coarse and gravelly, because fine material, with little to anchor it, has blown away.

Plants are small, thick leafed, and low. Cactus like prickly pear, and yucca, ocotillo, agave and jujube are some plants of the biome.

Where there is water in the desert, large mammals like the chinkara, the addax and the oryx are found, but burrowing mammals like the kangaroo mouse are more common, and reptiles are most common. Scorpions live in the hot dry desert, as well as ants and other insects. Birds include the bustard. Insects include the Black Witch Moth.

The sagebrush deserts of America’s Great Basin are semi-arid. So are some areas of Northern Canada, Europe, and Northern Asia. These regions have very cool nights. Precipitation is low, and often concentrated. Dew may provide more moisture than rainfall does. Rainfall may average 2-4 centimeters a year in some areas.

Average summer temperatures may reach 70 to 81 degrees F. in the Great Basin, though it gets much hotter. Cool nights allow plants and animals to recover from warm dry days. Soils vary, from sandy and fine to loose rock. At the base of slopes is the upper bajada, essentially loose piles of rocks. Below that is the lower bajada, sandy plains, often underlain by caliche, hard layers of calcium carbonate. There is virtually no water near the surface.

Jackrabbits, kangaroo rats, and skunks are some mammals of the semi-arid biome. Lizards and snakes are common. Also found here are burrowing owls, and many migratory birds.

The Atacama, the coastal desert of South America, is the driest desert on earth. Its terrain has areas of sand, salt basins and lava flows. Soils may be salty as well. Another coastal desert is the Namib, in southwest Africa. Coastal deserts have cool winters and long warm summers. Precipitation is low but fog sometimes provides enough moisture to nurture lichen and cacti.

Plants have wide shallow roots, to capture quickly any rain that falls. They may have tiny leaves, and thick stems that pleat in dry conditions, and swell to store moisture. Plant species may include saltbush, buckwheat bush, and rice grass. Animals of coastal deserts include golden eagles, bald eagles, great horned owls, coyotes, and badgers.

The Antarctic is the largest desert on earth. Though it is cold, it is a desert, because of the scarcity of precipitation there. Antarctica is capped with ice, but has areas of bare rock as well. Parts of Greenland, North America and northern Europe are also cold desert.

Cold deserts generally have a short moist summer. The winter is arid, possibly with small amounts of moisture from snow. Winter temperatures are famously low, and summers are warmer but not hot.

Plant life is widely scattered in Antarctica. There are lichens, mosses, a few fungi (which are not plants, of course), and a liverwort. The Antarctic hair grass and a pearlwort are the only two higher plants native there. Both can function at the freezing point, though with lower efficiency than at higher temperatures.

Lichens grow very close to the South Pole. Lichens are a symbiotic organism consisting of an alga and a fungus, which can function in extreme conditions, and profit from the lack of competition from more tender organisms. They live in cracks and crevices in rocks for shelter, and often carve their shelter deeper with acid secretions. When snow falls, it sticks in the cracks, and nourishes the lichen.

Milder cold deserts of the Northern hemisphere have more varieties of plants, but life there must be hardy as well. The dry cold challenges life to its limits.

Learning about desert biomes challenges our preconceptions. The desert is not void of life. Rather it conceals a variety of hardy plants and animals that exploit niches and employ unique strategies to survive. Those who come to know the desert cannot help but admire its tough beauty.

What is a Biome

How are Desert Biomes Classified