The chaparral is a biome characterized by hot, dry weather.  The area gets more precipitation than a true desert and features a mixture of woody and grassy plants.  Most of the flora in a chaparral is low to the ground including shrubs and brush.  In the United States, a chaparral biome exists in areas of California.

The weather and climate of a chaparral is mild and moist in the winter.  During the summer is gets hot and dry.  Temperatures get as low as 30 degrees Fahrenheit in the winter, but climb to 100 degrees in the summer.  The biome averages between 10 to 17 inches of precipitation per year, mostly in the winter.  The area has plants with hardy leaves that can survive long stretches without rain during hot summers, according to BluePlanetBiomes.org.

There are small pockets of chaparral biomes all over the world.  The most prominent locations are along the west coast of the United States, Australia, Chile, coastal areas of the Mediterranean Sea and in parts of South Africa.  Locals call the biome by different names.  The University of California-Santa Barbara states that the chaparral is called the fynbos in South Africa.  In Europe the biome is known as the maquis.  Australians say “malee” and Chileans call the area “matorral.” 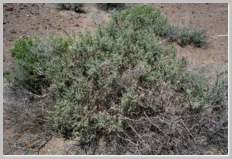 Shrubs are the major form of plant life in the chaparral, according to ThinkQuest.  Low-lying plants are often packed together so tightly that animals and humans cannot walk through them.  All plants must be ready for drought and long stretches with no rain.  In the United States, the chamiso is a common shrub.  The chamiso is a semi-evergreen shrub with small and narrow leaves.  The plant grows to about three feet tall.

Trees rarely grow above 10 feet tall in a chaparral environment.  Olive trees, such as those found in Greece and Israel, are common.  Small oak trees can be found in California along hillsides and lower mountains.  Dwarf pines are also thick in chaparrals across the western United States. 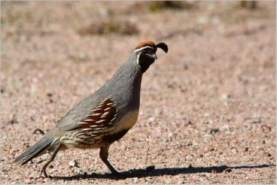 The natural order of animals in the chaparral rely on the low-growing shrubs.  Ground birds such as quail and thrasher are protected by thick plants.  Rabbits hide from predators in the United States.  In Africa, small antelope called grysbok also use the chaparral for cover.  Mule deer are found in California.

Smaller predators hunt for herbivores in the chaparral.  Coyotes and bobcats roam areas of the western United States.  Eagles and hawks fly overhead trying to scope out whatever they can with their talons.  Every animal depends upon getting water where they can in the chaparral environment.  Some of the predators don’t say long and find food in other places.

The chaparral is the world’s least-common biome.  It is found in between dry and wet climates.  Animals lower on the food chain use dense plants for protection.  Predators roam the chaparral only when there is sufficient food.  When humans enter the area, they should be prepared for hot weather and bring lots of water.