It is a standard process when the human body secretes fluids for cleaning. One of the most common forms of releasing these unclean fluids is Urine. The urine takes form in many ways. Often than not, they appear bright and maybe be amber for regular people. But there are times that urine will look cloudy and murky in the presence of mucus. When these mucus threads are present in your urine, it may indicate underlying conditions that may affect your urinary, digestive, excretory and reproductive systems among others in the long run.

What does it Mean When Mucus Threads are Found in Urinalysis?

A urinalysis is usually performed to fully identify the reason for the mucus in your urine. It allows the doctor to determine the cause of the mucus itself. So when you experience and see recurring mucus in your pee, it is advised to perform the test because there are numerous reason why these threads are formed.

Causes of Mucus in Urine

It is imperative to know the reason for these mucus threads in the urine to address each of it properly. Knowing the causes of these unhealthy threads in your urine will also help you be more responsible in taking care of your body.

The linings of the bladder contain mucus and sometimes during the releasing of the urine, the slime will go down with it. These usually happen during a woman’s menstruation since secretions are increased.

As mentioned, urinary tract infection is the number one reason for these mucus threads. This condition causes discomfort when urinating and can also spread to other parts of the body. It can spread because this infection is caused by a bacteria that attracts the bladder primarily and move on to other organs like the kidneys and urethra just to name a few.

While urinary tract infection is caused by a bacteria, the urinary stone disease is a much more severe case. The presence of the mucus threads in a dark colored urine together abdominal and back pains can indicate this disease, and so it is important to have this treated.

This condition is a very rare cause of the formation of mucus thread. However, this is a serious condition that should not be forgotten as well. This type of cancer may be chronic and must be treated appropriately.

When a person experiences irritable bowel syndrome, the bowel is not considered regular for some months, usually six months. This mucus might manifest together with the stool and might affect the person into developing acute diseases in the long run.

Sexually transmitted disease is gotten during direct skin contact while having sex. It is often caused by gonorrhea and chlamydia. Gonorrhea results to a yellowish emission and chlamydia render a whitish one.

There are some symptoms of having mucus in urine. The symptoms are usually driven by the conditions causing it. It is a good to know the information to raise awareness. 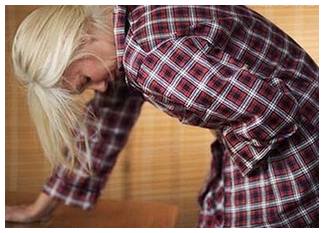 Abdominal pain is a usual symptom since it indicates that they may be something wrong with your urinary, digestive and excretory system which may result in the secretion of these mucus threads.

Urination should be an experience of comfort, but when you feel pain instead, it is a clear indication that something is wrong with one of your body’s system. If this is a continuous happening, lab tests are recommended.

Urine does not smell that great in the first place, but if your pee smells foul and revolting in your nose, then it signals a high chance of having the urine mucus.

Inconsistent temperatures are also signs of having mucus in the urine. Since one of your systems is not working properly, it is expected to have a fever during these circumstances.

If during the act of sex, the pain is unbearable, causing you to stop, a trip to the doctor might be necessary. Since the penetration would pass through the linings of the vagina, where the mucus is found, an excruciating pain might be experienced,

How do you Eliminate these Mucus Threads?

The mucus present in urine should be treated immediately once detected to avoid it from developing into severe cases.

Observe proper hygiene, especially in cleaning your private parts. Use products that are hygienic and make sure not to use sensitive materials as well. Improving the health is a must too. Drink plenty of fluids is the number one advice. Drinking a lot of water would help cleanse your system, getting rid of these mucus threads.

The medicines may be antibiotics or anti-inflammatory drugs, depending on the diagnosed condition after the urinalysis. Amoxicillin and other antibiotics drugs may be prescribed, and you have to take them regularly for about a week or so. Make sure to take these drugs religiously to remove this mucus away.

There is no better way to treat these than to speak to your doctor about it. Perform lab tests if it’s needed.

We have to be more watchful of our health and make sure we take care of ourselves. A simple prevention can already go a long way in making certain that we live a normal life away from infections and chronic diseases.

The Symptoms and Treatment of Kidney Stones