Our Hearing is one of the most significant sensory capability rewarded to us humans. It enables us to perform our work without difficulty and maintains the balance of our health. It is a must that we keep our bodies healthy and in the best state to function normally and with ease. But there are times that we encounter unforeseeable circumstances and neglect our ears. A person’s hygiene and the environment that one is in is also one of the reasons why we face unhealthy conditions. Not to mention the fact that we often forget about the importance of ear hygiene, considering our ears have parts that are very sensitive and prone to infections. 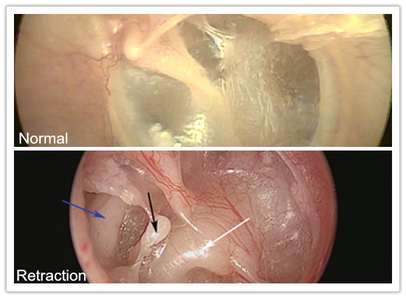 What is a Retracted Eardrum?

One of the most common conditions being diagnosed is having a retracted eardrum. An eardrum retraction happens when a human’s eardrum gets pulled and forced on the space behind the tympanic membrane. This is because of the pressure of the middle ear’s space is very low. Most often than not, Infections are the primary cause for it. But sometimes a rapid change in air pressure outside can drive the pressure level inside an individual’s ears to fall speedily, thus having a retracted eardrum. This condition is most common for children, but adults are not exempted as well.

Our eardrum, also known as tympanic membrane, is a very sensitive part of our ear. It is located just outside our ear canal and the middle ear. It is also necessary to note that it is a flexible and thin membrane, thus very sensitive. There is also a tube (Eustachian tube) that links the middle ear to an individual’s nose and throat to keep the proper pressure about the outside pressure. Normally, The air pressure on the eardrum of both ear is almost equal. This is to help the tube balance and maintain the air pressure alleviate the secretion process of the middle ear. This keeps the ear healthy and away from any unwanted infections, when this tube is obstructed the ear’s pressure drops and is very low, producing a space-like vacuum.

What causes a Retracted Eardrum? 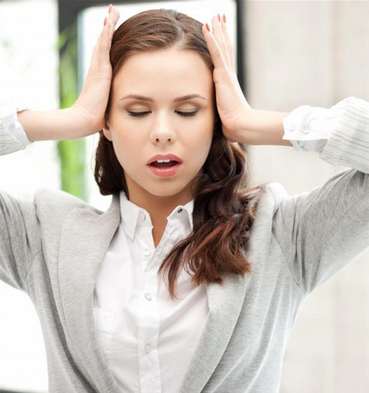 As mentioned, an eardrum retraction is frequently caused by the infections we acquire. Allergies, ablaze sinuses and respiratory unhealthiness among others cause the eustachian tube to be blocked, not equalizing the air pressure on both ears, thus leading to a retracted ear drum.

Tumors and lumps on the nasopharynx can also be the reason why the eardrums are sucked in. This is very rare but a plausible cause.

What are the Symptoms of a Retracted Eardrum?

If we would just leave it as it is, there is a huge possibility that the ear will form retraction spaces. These blank areas may accumulate dust and unwanted particles which can lead to an even more severe condition such as a chronic infection, even tumors. Visiting the doctor is best to get the best care especially if the situation is getting complicated.

A retracted eardrum can make the sounds we hear seem to be louder and blaring. The sounds appear more vivid and it can be irritable for a person.

A person with this condition is also very sensitive to the sounds surrounding them resulting in an uncomfortable feeling and even pain.

A blocked Eustachian tube is the principal reason for the retracted eardrums. Hence it should be addressed properly. It is important that we are well informed and perform basic hygiene to prevent any infection from happening in the first place. But if we are already diagnosed with it, we should always remember not to neglect it and get treatment the earliest possible time.

Now if the retracted eardrum is caused by common infections like allergies or sinusitis, there are drug care that can be done. One can always use approved medicine such as antibiotics for the ear, ear drops, and painkillers just to name a few.

Home remedies would include a hot compress applied to the affected area and even simple actions like yawing will help increase the pressure needed for the ear. Opening and closing of a person’s mouth are also proved to be effective. A person experiencing a retracted eardrum can also try to control and hold their breath, restrict and constrain their body, an action similar to releasing a bowel, to alleviate the pressure.

We have to remember that in more severe cases, a professional’s intervention may be necessary. Surgery is needed for serious cases like the development of cholesteatoma. So it is imperative that we take care of our ears.

Regular check-ups and trips to our primary care physician or specialists are always advised. We should take care of ourselves to enjoy life without any discomfort. A simple ear hygiene will already go a long way in creating a comfortable and healthy lifestyle. These can all be achieved by effective preventive routines and self-awareness. The hearing is just one of our senses, but without it, we would not be able to function normally so take time in making sure that your ears are in the best condition.

The Symptoms and Treatment of Acute Appendicitis

Symptoms and Treatment of Helminth