Klonopin High and Side Effects 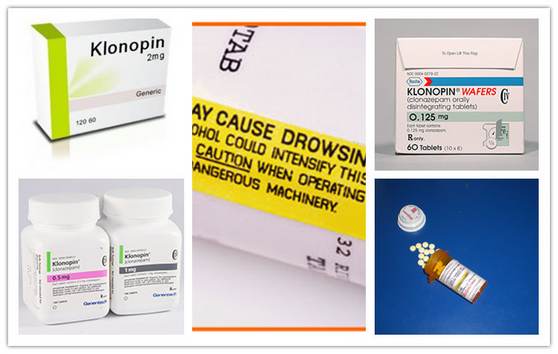 It is a sad fact that many people would do anything for a temporary high. Along the course of time, this kind of individuals resort to desperate measures and destroy their lives. Addiction is a scary condition that is very hard to stop. There are many forms of addiction, but the leading cause of this are illegal drug intakes like ecstasy and cocaine just to name a few. But these are banned by the law and others resort to taking prescribed drugs for a specific diagnosis. These are controlled drugs and should not be made by people without illnesses. One example of this is Klonopin.

Klonopin is a benzodiazepine and is considered as a very addicting drug. This medicine is, however, prescribed to patients with specific diagnosis as a treatment. This medication is considered as a prescription for patients who have epilepsy, panic attacks and anxiety episodes among others. Once a patient takes the prescribed dosage of the drug, it will slow down some of the body’s specific function to help with the treatment. It is, however, important enough to note that this medication is used on a short-term basis. This is for an immediate relief and therefore should not be taken on a daily basis.

What is a Klonopin high?

Klonopin is a drug that is controlled and must not be abused. Although this is a prescribed drug, some people would use it for recreational purposes. Taking this medication inappropriately will get you Klonopin High. A Klonopin high is wherein a person would take the drug in higher dosages even without a proper diagnosis.

It should be noted that Klonopin dependence is different from Klonopin addiction. Dependence is experienced by a diagnosed patient who may be taking the drug for about a week or two and suddenly craving for its effect. During these cases, the doctor’s guidance is needed, and the dosage may be reduced. Addiction, however, is the continuous use of the drug even after the prescribed duration of time or a voluntary intake. Klonopin is a sedative so to patients with anxiety and epilepsy it would help reduce the stress in the nerve and stop the attack. Therefore, if used by an average person, a euphoric high may be achieved. But taking Klonopin also merits side effects.

Addiction is considered a slow and silent killer. It may take you to a particular kind of high, but the after effects may completely destroy your bodily function and lead you to severe illnesses and sometimes death.

Once the high would subside, the person may feel dizziness and drowsiness. This is because the drug was never supposed to be in their system, causing the nerves to react improperly.

Addicted individuals may experience slurring and uncoordinated motor skills. This is a clear indication that the drug is attacking their bodily functions as well.

The person with Klonopin addiction may likely begin to have memory problems, forgetting some things and even alter their reality. Hallucinations are also a common side effect. The individual may imagine a contorted version of reality and would show symptoms of detachment to real life.

Once the high is off, the person will also lose the adrenaline, therefore making him weary and tired. The person addicted to it would then crave for more to eliminate the fatigue and replenish his energy by achieving another euphoric high.

The drug is a calming agent and so taking it in high dosage especially without any anxiety diagnosis would cause your well-being to collapse, thus the depression. The person may experience episodes of not eating and lying in bed all day, asking for more of the drug to get over the sad feeling.

The drug can also cause the person to be more aggressive, resulting in violence sometimes. This side-effect is dangerous and signals that the individual is in deep with his aggression.

The person may have higher heart rate and increase blood pressure just to name a few. The health will continue to dwindle down resulting in severe illnesses and diagnosis. A health decline paired with depression may be a driver for coma and even lead to the person’s death. 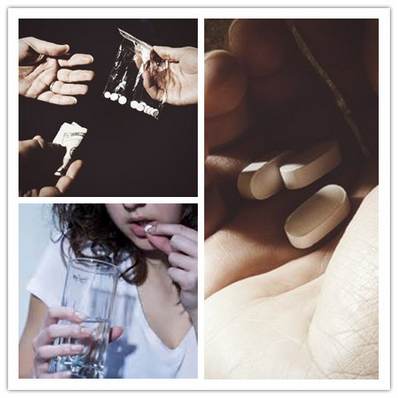 Misuse of any drug does not result in anything positive. It would only create a bigger problem not only for the person addicted to it but also for the person around them. This drug is abused by taking it orally or crushing the tablet and snorting its content. The person may ask for a prescription and even fake it. This medication is also sold rampantly on the streets.

This situation creates severity to the community because the drug is very easy to attain. The abuse of this drug is still an issue that needs to be addressed.

Prevention and Treatment of Klonopin Addiction

The best treatment for a Klonopin addiction would be the getting into an approved facility. You could not stop it on your own, professional help is necessary. Treatment would be an ongoing process and should be closely monitored. It is also a long journey, but with willingness and guidance, the addiction can be defeated.

Prevention of this addiction would include awareness. Seek for professional advice and take only what is necessary. Self-control and discipline are imperative to avoid any of the aforementioned unwanted aftereffects.

Raising self-awareness to this kind of drugs is important so that more people would be educated and would know the consequences they would face if they choose to be addicted to it. These euphoric high are all temporary, but the aftereffects last a lifetime.

Can you Get High on Vyvanse

Lean Drink – How to Make & Side Effects

Side Effects of Radiation Therapy for Cancer

Does Flexeril Get You High – Dosage and Side Effects
Tweet