Cyclobenzaprine Abuse – Can it Get you High

Doctors prescribe cyclobenzaprine to treat skeletal muscle conditions such as muscle injuries and pain because it acts as a muscle relaxant and pain reliever. Typically, your doctor will prescribe this drug along with physical therapy. In addition, he will also monitor your drug intake to prevent undesirable effects.

Because it can affect the central nervous system (CNS), some people try to use cyclone or mellow yellow for other purposes such as getting a cyclobenzaprine high. However, taking this drug without a doctor’s approval can lead to several consequences. Thus, it is vital to understand the action of the medication in the body and its connection to addiction. 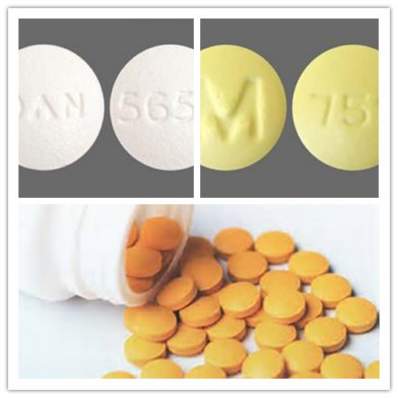 How Cyclobenzaprine Works in the Body?

Although the medication is a muscle relaxant, it has no effect on the neuromuscular junction or the part where neurons transmit signals that cause muscle contraction. Scientists believed that the drug’s pain relief and muscle relaxant effect is due to its ability to bind to serotonin (5-HT) receptors and its effects as a 5-HT2 antagonist. As a result, cyclobenzaprine decreases the activity of serotonin neurons that descends to the spinal cord and controls muscle activity.

Because cyclobenzaprine is capable of blocking the actions of acetylcholine, it is able to interrupt the activity of several brain chemicals, which results in relaxation, sedation, and a euphoric feeling or the cyclobenzaprine high. As such, some people use this drug for recreational purposes leading to drug abuse.

Most of the time, recreational users combine this medication with other substances such as barbiturates, benzodiazepines, and alcohol. Some users will combine the drug with stimulants such as cocaine or amphetamine to soothe their stimulated high.

Although cyclobenzaprine is not an addictive drug, it can lead to drug tolerance with regular intake. For this reason, doctors will typically monitor their patients who take this medication.

Furthermore, the Drug Enforcement Administration (DEA) has noted that most recreational users will combine cyclobenzaprine with illicit drugs to get psychoactive effects because this medication can intensify the effects of other CNS drugs such as benzodiazepines. Typically, recreational users will take around 10mg to 60 mg of the pill either by mouth or by snorting. Although euphoria is not a common effect of this drug, most people experience its sedative and relaxing effects.

Cyclobenzaprine may produce a pleasurable feeling for a short period. However, it can also cause brain damage and mental difficulties when used for a long time. When taken in high doses, this medication can cause severe ataxia, or a neurologic condition wherein a person loses the control of his body movements.

Can Cyclobenzaprine Get you High?

Cyclobenzaprine is safe and effective when used properly and under the supervision of a doctor. However, because the DEA did not classify this medication under the controlled substance group, many people can get access to this product. Some people use this drug for off-label and recreational purposes because of the drug’s effects on the brain, which eventually lead to drug abuse.

A drug abuse occurs when someone takes a prescription drug for off-label purposes and without a prescription. Polydrug abuse refers to the intake of two or more substances at once to get high. This is the most common way in which people abuse cyclobenzaprine. As mentioned, users combine this pill with other CNS depressants for a more intense effect on the mind. Keep in mind that all drugs that affect the brain can lead to addiction and drug dependence when abused.

According to the National Institute on Drug Abuse (NIDA), prescription drugs was abused by about 50 million Americans (12 years old and above) once or more than once in their life. As you know, drug abuse can bring forth undesirable effects in numerous ways not only to the body. Addiction can also affect a person’s performance, behavior, financial, social, mood, and overall life. Treatments for substance abuse can help a person regain control of his life.

There are two approaches when treating cyclobenzaprine abuse including a detox program and followed by a comprehensive therapy. As NIDA have recommended to the public, a detox program alone will not suffice because it is only one part of the substance abuse treatment. A recovering person must also undergo a group and individual therapy sessions to ensure a full recovery.

A detox program will involve the supervision of medically trained professionals. Keep in mind that several withdrawal symptoms may appear if an addict suddenly stops taking a drug. To avoid endangering your health, the medical professionals will monitor your condition and set-up a plan to gradually reduce your drug intake. A detox program can also help prevent relapse when symptoms and cravings appear. For these reasons, if a person decides to quit taking cyclobenzaprine, it is best to do it using a detox program under the assistance of medical professionals who can provide compassionate care.

For comprehensive therapy, most rehabilitation centers use Cognitive Behavioral Therapy. This approach will help a person to discover his emotions and thoughts that urge him to take cyclobenzaprine. From there, the individual and his therapist can develop drug-free alternatives and strategies that will help him cope whenever his urge to take a drug arises.

A rehab facility may also provide supportive therapies, which may include the following:

Cyclobenzaprine can cause several adverse effects, especially when taken improperly. Thus, it is best to use this medication with precaution, which includes the following:

Overall, serious health problems may arise when a person abuses this medication just to get a cyclobenzaprine high. It is best to avoid using this drug for recreational purposes to avoid endangering your life.

Does Flexeril Get You High – Dosage and Side Effects

Klonopin High and Side Effects

Why Verbal Abuse can be just as Damaging as Mental Abuse