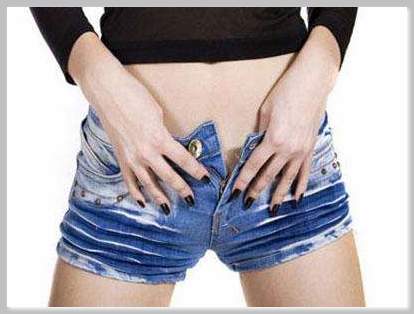 The vulva is the external part of the female sex organ, which includes the labia minora, clitoris, and vaginal opening. In some cases, a woman may experience swelling and itchiness around her genital area because of various reasons. This discomfort is treatable. However, it is vital to seek medical help to know the specific cause of the swollen labia and to get the right treatment.

What are the Causes?

Various factors and medical conditions can cause swelling and itchiness around the vaginal area, which includes the following:

When a woman’s vaginal wall has an inflammation, the patient has a medical condition known as colpitis or vaginitis. The inflammation occurs due to the overgrowth of bacteria caused by an injury, unsuccessful abortion, anomalies in the genital structure, and the abnormal functioning of the endocrine system.

The common symptoms of vaginitis are a foul-smelling vaginal discharge with pus and lower abdominal pain. A woman may also experience excessive bleeding during her period.

The most common cause of a vaginal yeast infection is the fungus Candida albicans. Normally, this fungus can exist in the body without causing any harm. However, if there is an overgrowth in the genital area, a woman may develop a yeast infection.

This infection typically occurs after an antibiotic treatment when the medication kills the bacteria that control the population of the fungus. Other factors such as a high-calorie diet, wearing synthetic underwear, and taking hormonal contraceptives may also contribute the overgrowth of the fungus.

The most common symptoms of a vaginal yeast infection are a burning sensation, pain during urination, irritation, and the presence of a thick white vaginal discharge with an unpleasant odor.

Vulvitis is the inflammation of the soft layer of skin surrounding the vagina because of an infection, injury, allergic reactions, improper hygiene, or overuse of hormonal medications and antibiotics.

An infection occurs when microorganisms invade the vulva. The common causative agents are viruses, yeast, Staphylococci, Streptococci, Chlamydia, and Gonococci.

A patient with vulvitis will experience symptoms such as a burning sensation, pain when urinating and walking, the presence of vaginal discharge, a slight increase in body temperature, and an increase in blood flow in the affected area. The vulva’s skin may have small cracks, blisters, and scaly white patches.

Located behind the labia are two pea-sized organs namely the Bartholin’s glands, which produce the lubricating fluid during sexual arousal. When microorganisms infect one or both glands, a woman may develop bartholinitis.

In some cases, one acquires the infection through unprotected sex caused by the microorganisms such as Chlamydia, Trichomonas, and Gonococci. However, the inflammation may also develop because of an infection in a woman’s urogenital system, injury, improper hygiene, and after a surgery.

The symptoms of bartholinitis are fever, pain when moving and urinating, uneven-sized labia, and vaginal discharge with pus.

Vaginal dysbiosis refers to the imbalance in the normal microflora in the vagina. As mentioned, good and bad microorganisms can live in our body without endangering our health.

A patient with this medical condition will experience symptoms such as vaginal irritation, painful urination, and discharging yellow or white mucus with a foul smell.

When a woman experiences persistent pain in her vulva with an unknown cause, she has vulvodynia. Swollen labia occur due to the nerve endings present in the vulva, which produce intense pain. Women with this medical condition experience severe vaginal pain for three months or longer. In some cases, surgery is necessary to treat this disease if drugs are ineffective.

How to Treat & Home Remedies: 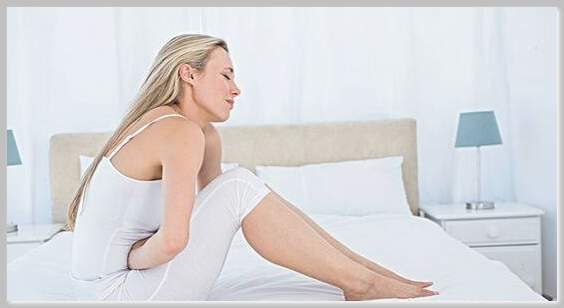 Once you have noticed any of the symptoms mentioned above, it is best to consult your doctor to know the cause of your labia swelling and to get the appropriate medication. You can also use various home remedies to aid in the healing process, which includes the following:

Doctors will typically prescribe antibiotics to treat the itchiness and swelling in the vaginal area caused by an infection.

Depending on the microorganism, the doctor may prescribe an antifungal drug such as miconazole and fluconazole for yeast infection. Your doctor will prescribe metronidazole if the causative agent is a protozoan such as Trichomonas. For bacterial infections, you will be given antibacterial medications such as clindamycin and azithromycin.

For patients with vulvodynia, the doctor will prescribe a local anesthetic such as procaine and analgesics.

Because ice has a numbing effect, wrapping ice cubes in a clean cloth can help relieve pain, swelling, and itchiness of the labia. When doing a cold compress, you have to apply the ice on your swollen labia for only a minute. You have to wait another minute before reapplying the ice. One can do this remedy several times a day or as needed.

As a probiotic food, yogurt can help restore the normal microflora of the vaginal area. According to a study done by the Canadian Institute, the lactobacillus content of this probiotic product can fight the bad bacteria in your vulva. In addition, yogurt can also help maintain the natural pH of the vagina and soothe the discomforts brought by the swollen labia.

To use this remedy, you can dip a tampon in a cup of yogurt and insert the tampon in your vagina for a few hours. You can repeat this procedure two times a day. Adding yogurt and other probiotic foods in your diet will greatly improve your overall health.

One of the most common home remedies for vaginal infection is ACV. This type of vinegar can help control the overgrowth of yeast or harmful bacteria and restore the healthy acidic pH of the vagina.

One can use a mixture of two teaspoons of unfiltered ACV and a cup of lukewarm water to wash their genital area at least twice a day.

As a disinfectant, hydrogen peroxide can help control the population of the harmful bacteria in your genital area. Furthermore, it can also help reduce swelling, pain, and itchiness. When using this product, it is necessary to only use the 3% hydrogen peroxide solution to wash your vagina. You have to wait for about 15 minutes before rinsing the affected area with water. When doing this home remedy, it is vital to wash your vagina twice a day.

Another natural product that has the ability to fight harmful microorganism is garlic oil because of garlic’s allicin contents.

Because garlic oil is strong, it is highly recommended to dilute four drops of garlic oil in a teaspoon of coconut oil and vitamin E before using this home remedy. After mixing the three oils, you can apply the mixture on the affected area.

As presented, various medical conditions can cause the swelling and itchiness around the vulva. Depending on the cause, doctors will prescribe varying drugs. Thus, it is necessary to consult your doctor to get the right medicine. You can also use several home remedies to help in your healing process. Finally, one can do several preventive measures to avoid developing swollen labia such as proper hygiene, avoiding irritants, eating a balanced diet including probiotic foods, and practice safe sex.

Blue Waffle Disease – Is it an STD or an Infection in Women? (With Pictures)