Types of Tornadoes You Should Know 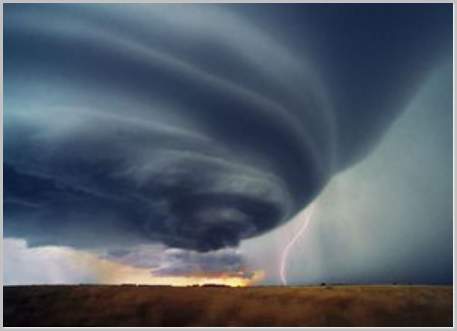 A tornado is a meteorologic phenomenon which consists of a column of air spinning violently: a tornado is usually in contact with both the surface of the ground and a cumulonimbus cloud.  Tornadoes are formed inside thunderclouds (supercells) several meters above the Earth’s surface. The winds in most tornadoes can reach speeds of 100 mph (62 miles); however, in the most violent tornadoes, winds can exceed speeds of 300 mph (186 miles).  Tornadoes can take various forms and sizes; however, most of them take the form of a visible condensation funnel. The following outlines the different types of tornadoes.

A tornado can form in a minute or less. Once formed, it can displace itself across the ground at great speeds, and suddenly disappear. Most tornadoes last less than thirty minutes and travel not more than twenty miles; however, strong tornadoes can travel up to 100 miles and cause tremendous destruction. The high speeds attained by a tornado make it one of the most dangerous storms.  The winds inside a tornado spin outward and inward with such tremendous force that it can suck anything it encounters on its way. 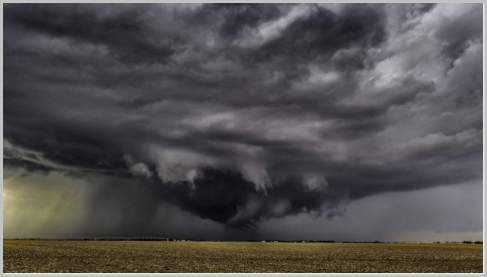 The most violent tornadoes usually have more than one vortex (spinning mass of air) rotating around a common center.  The vortices, which are like small tornadoes, move around the parent vortex, forming and dying out as the center of the tornado moves along its path. They’re called suction vortices and are the cause of strong winds at the surface. Multiple vortex tornadoes usually develop into F4 and F5 intense tornadoes. They are responsible for most cases where extreme destruction is caused along narrow arcs within the tornado path. 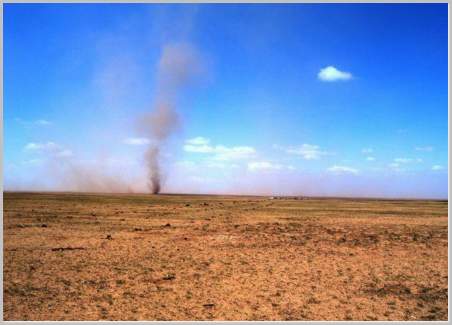 Landspouts are characterized by a rotating column of air contacting both the ground and a cumuliform cloud. The formation of a lanspout is similar to that of a waterspout.  It usually forms along the edge of a downdraft mass of air emanating from a thunderstorm. A landspout tornado is generally smaller and weaker than a regular tornado. Some landspouts may remain for up to 15 minutes and produce F3 damage. Not all lanspouts are visible; however, some are first spotted as debris cloud before filling with dust and condensation. 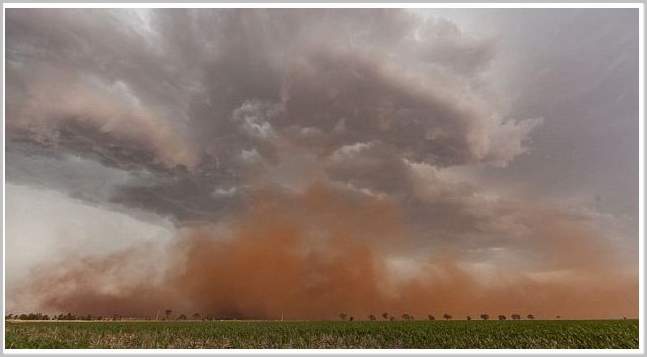 This type of tornado is not connected to the base of a cloud.  A gustnado is a short-lived, low-level rotating cloud that usually forms on the edge of a thunderstorm. It usually forms along the gust front of a thunderstorm when fast moving cold, dry air is blown through a mass of warm, moist air close to the surface of the ground. The downdraft winds spread outward, producing a strong wind swirl which starts at the surface and spins up, thus, creating a gustnado. They usually cause small amounts of damage through their paths. 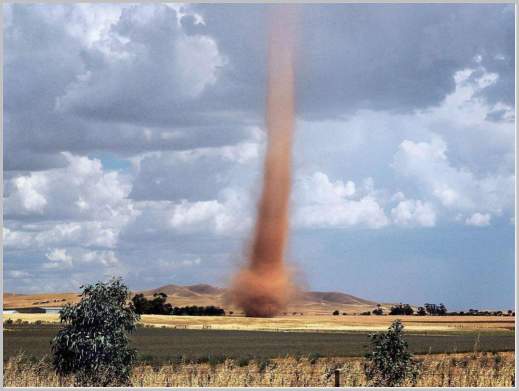 Dust devils form when a convective updraft of air is formed near the surface of the ground on hot sunny days. During the formation of a dust devil, super hot air at ground level rises into cooler air above, producing a small cyclonic motion which can be perceived near the ground. Dust devils are not associated with any cloud, and since they´re formed during fair weather, they’re not considered tornadoes; however, occasionally they can produce serious damage in arid regions. Dust devils are usually less strong than the weakest tornado. 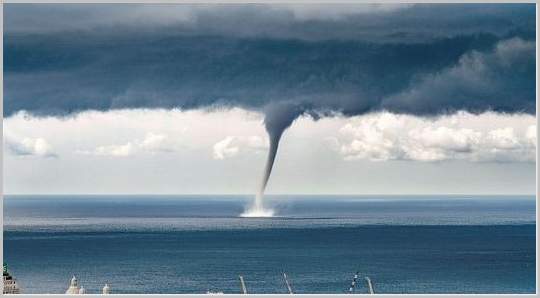 This is a type of tornado that develops over a body of water. They usually form at the base of a cumulus cloud in warm tropical ocean waters.  They’re characterized by weak winds and slow motion.  They dissipate upon reaching land. Tornadic waterspouts, which are stronger waterspouts, form over water similar to mesocyclonic tornadoes. Tornadic waterspouts form from severe thunderstorms attaining faster speeds and becoming more intense and longer-lived than waterspouts. 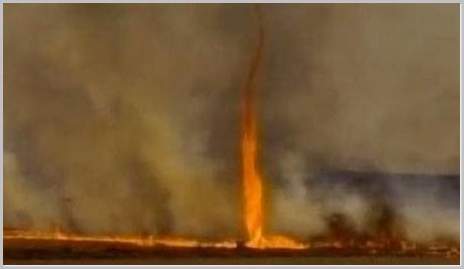 Also known as fire tornadoes or fire devils, firewhirls are formed near the source of intense heat, such a wildfire or a volcanic eruption. Their formation occurs when warm updraft columns converge with smoke and fire. Firewhirls are not as strong as tornadoes; however, they can cause significant damage.  They can be 10-15 meters tall, and a few meters wide.  They develop winds over 160 km per hour and remain for up to 20 minutes.

Tornadoes have been observed on every continent except Antarctica. Most tornadoes in the U.S. occur in the Tornado Alley region. Tornadoes can be detected as they occur through the use of Pulse-Doppler radar.  The Fujita Scale is a method used to measure the damage caused by tornadoes with EF-0 being the weakest and EF-5 representing the strongest tornadoes.