Naproxen and Ibuprofen – Can I Take Both Together 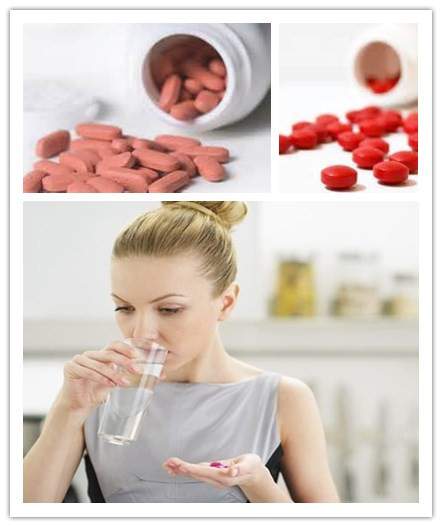 When a person has an infection or injury, inflammation will occur, and the body will release prostaglandins in the affected area as a part of the healing process. Prostaglandins are hormones that cause fever, pain, and inflammation. To relieve these symptoms, doctors will typically prescribe non-steroidal anti-inflammatory drugs (NSAIDs), which include naproxen and ibuprofen.

These two drugs are able to relieve pain and inflammation by blocking the production of prostaglandins. Because they provide the same effects, most of you are probably wondering if you can take these two medications together. For some, you may be wondering which medicine is better. To answer these questions, it is best to learn and understand their side effects and the difference between these two products.

Can You Take Naproxen and Ibuprofen Together?

When pain becomes unbearable, some people will try to ease their discomforts by taking more pain relievers or doubling the dose. While some drugs can be taken together, other medications can lead to drug interactions when combined. Although both drugs have the same effects, taking these two drugs at once can lead to serious side effects. It is best to let your body process the first medication before taking the other one.

For example, patients taking ibuprofen can take naproxen after 8 hours. If one is taking naproxen, he can take ibuprofen after 12 hours. However, medical practitioners will not recommend taking these medicines in this manner. Typically, the safest combination of drugs for pain relief is ibuprofen and acetaminophen or naproxen and acetaminophen. Various pharmaceutical companies offer these drug combinations.

Safety and Precautions while Taking Naproxen and Ibuprofen

Because both medications belong under the same drug class, they have identical side effects. However, according to one study, naproxen is more favorable. One reason for this is that its effects last longer compared to ibuprofen, thus patients do not have to take it more often. Nonetheless, the study revealed that 64 out of 226 patients experienced mild side effects such as digestive problems.

For this reason, when taking any of these over-the-counter drugs, one must always remember the following safety and precautions.

Overall, according to a study published in the New England Journal of Medicine, the heart risk linked to these two medications does not apply to people taking these medications for short periods.

What Is the Difference: Naproxen vs. Ibuprofen?

While both drugs offer the same effects, there is a variation between the two, which includes the following:

Ibuprofen is available in various preparations and doses for children and adults. Typically, doctors will prescribe liquid preparations such as oral drops and suspensions for children aging from 3 years old and above. Adults can take tablets and capsules.

For the dose, adults can take about 200 to 400 mg of ibuprofen. For children, the doctor will prescribe the appropriate dose because it varies depending on your child’s age and weight.

Naproxen is available in tablet and capsules. Adults including the elderly can take 220 mg of this drug. It is strongly advised not to take more than 220 mg of this drug, especially for the elderly. It is not advisable to give this medication to children under 12 years old. Your child’s doctor can prescribe it along with the appropriate dose.

Both drugs have a similar onset of action. Patients will typically feel the effects of these medications within 30 to 60 minutes after intake. However, for most patients, they reported that ibuprofen has a faster onset of action compared to naproxen.

Even though these two drugs have the same onset of action, their duration of action differs. Naproxen’s effects can last for as long as 8 to 12 hours. For ibuprofen, its effects will only last for 4 to 6 hours. Thus, people can take it 3 to 4 time per day.

Because people can take ibuprofen 3 to 4 times per day every 4 or 6 hours, the recommended maximum dose of this medication is 1200 mg per day. One should not exceed the maximum dose to avoid toxicity and adverse reactions.

The maximum dose for naproxen is 660 mg. Thus, you can take this medicine 2 to 3 times per day or ever 8 or 12 hours. Like ibuprofen, one should not go beyond the maximum dose per day.

Although both drugs can relieve pain, each drug may work better depending on your condition. Typically, ibuprofen is better than naproxen in relieving headaches, migraines, and fever.

Naproxen is better for inflammation of the muscle tissues. Thus, it is more effective for relieving arthritis, muscle strains, and sprains. Furthermore, several studies showed that this medication has a lower risk of causing heart problems. For this reason, patients with a history of a heart attack may use naproxen if there no other alternatives.

Nyquil and Alcohol Mixing – Effects & Why Not

Is Tramadol an Opiate or Is it a Narcotic?