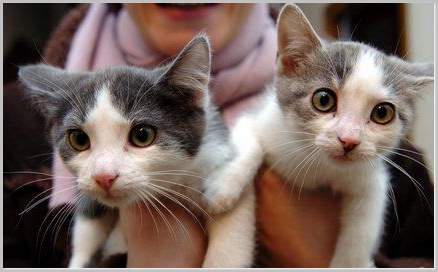 The most fun way to learn a little about genetics is to understand heredity first hand, your own heredity; and you can do this by examining the actual dominant and recessive traits that you possess.

* Genes from Mom and Dad Determine Your Traits *

You are a diploid organism, meaning that you received one set of genes (called alleles) from your father and the other set of alleles from your mother. The combination of these pairs of genes that you’ve inherited is called your genotype. The genotype determines the actual traits (called the phenotype) that you have; such as eye color, nearsightedness, and whether or not you have dimples.

* Some Genes Mask the Expression of Other Genes *

For example, if your father has brown eyes and your mother has blue eyes, you may have ended up with brown eyes. Your mother’s blue eyes are a recessive trait, and although you have an allele for blue eyes, the dark eye allele that you received from your father mask the expression of the blue eye, recessive allele. It is kind of like the game Rock, Paper, Scissors, but in this case, brown beats blue. If you have blue eyes, you had to have inherited a recessive, blue eye allele from both parents.

* Examples of Simple Inheritance of Traits that Show Complete Dominance *

At the end of the description of each trait, is an area where you can check off whether you are dominant or recessive for that trait. Print off this article, and mark which characteristics you have. Forward the article to family members so they can do the same. Then compare notes. For some traits, you’ll be able to trace that inheritance pattern of the associated genes through your family. Have fun!

1. Achoo Syndrome: This dominant trait is also called the photo sneeze reflex. If, when suddenly exposed to light, you sneeze (usually two or three times) you have the genes for achoo syndrome. Next time you go to a movie, exit the dark theater through a door that leads directly outside. It’s fun to wait outside and watch the people emerge from the movie. Some will sneeze as soon as they are exposed to light.

2. Bent Little Finger: A dominant allele causes the last joint of the little finger to dramatically bend inward toward the 4th finger. Lay both hands flat on a table relax your muscles, and note whether your have a bent or straight little finger.

3. Chin Cleft: A prominent cleft in the chin is due to the bond structure which underlies the Y-shaped fissure of the chin. Females appear to be less conspicuously affected than males.

4. Early Onset Myopia (Childhood Nearsightedness): Nearsightedness, or myopia, is a complex trait with at least 4 gene loci involved, however the heritability of myopia is very high and shows a dominant pattern.

5. Eye Color: We’re kind of cheating here. Eye color, as well as hair and skin color, is a complex trait; not a case of simple inheritance. The main pigment is melanin, and the more melanin, the darker the color. Although the genetics of eye color is complex, alleles for the production of melanin dominate those for lack of melanin. So if we evaluate eye color as being blue (recessive) or non-blue (dominant) we can treat it as a characteristic of simple inheritance. (See other articles: Central Heterochromia and Rarest Eye Colors)

6. Facial Dimples: If you aren’t sure if you have them, smile! Dimples are easiest to see when smiling. With dominant phenotype, you may have a dimple only on one side, or on both.

7. Free Earlobe: The dominant trait is for lobes to hang free, a bit of lobe hanging down prior to the point where the bottom of the ear attaches to the head. With the recessive phenotype, the lobes are attached directly to the head.

8. Hand Clasping: Clasp your hands together (without thinking about it!). Most people place their left thumb on top of their right and this happens to be the dominant phenotype. Now, for fun, try clasping your hands so that the opposite thumb is on top. Feels strange and unnatural, doesn’t it?

9. Mid-digital Hair: Some people have hair on the second (middle) joint of one or more of their fingers, while others don’t. Having any hair at all means that you have the dominant phenotype. Complete absence of hair is recessive.

10. Tongue Rolling: If you have the ability to roll the sides of your tongue upwards to form a closed tube, you have the dominant phenotype for this motor skill. Those who are not dominant for this trait cannot roll their tongue, no matter how hard they may try.

Genetics of the Human Eye