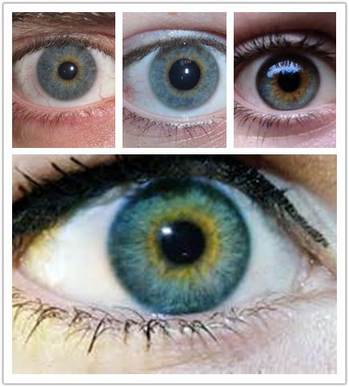 The term “heterochromia” usually refers to the condition of having two different eye colors. The word is derived from the Greek words ‘heteros’ and ‘chroma’ which together implies “different color”. However, this definition is not only limited to eye colors but it also describes the differences in other areas such as hair and skin. The rarity of the condition results to the lack of specific data when it comes to the number affected around the world. There is an estimation that only 1% possess this globally.

Humans are not the only ones who have this kind of condition. Heterochromia is also seen in dogs and cats. Some breeds of cats such as Turkish Angora and Japanese Bobtail have complete heterochromia. This means that their eye colors will be completely different from each other.

Though heterochromia might be easily mistaken as an eye disease, it is in fact benign. The condition doesn’t have a negative effect on the strength of one’s vision and genetically, it is not associated with other health problems. However, it is proposed for one to have an eye checkup once the person feels any kind of irritation.

In ancient times, those who have heterochromia were regarded with a mysterious, other-worldly air. At present, both human beings and animals are lauded for this unique, mesmerizing quality. Popular figures like Mila Kunis, Jane Seymour, and Alice Eve possess this unique characteristic.

In some cases, there is a confusion between heterochromia and iris nevus. The main difference between the two is that the nevus is usually color brown and the shape is round. It might be inferred that the nevus with a brown color contained in a differently-colored iris is under the division of partial heterochromia but the nevus as a cause is completely dissociated from heterochromia. Iris nevus can be malignant and a visit to the doctor is advised to monitor any growth. 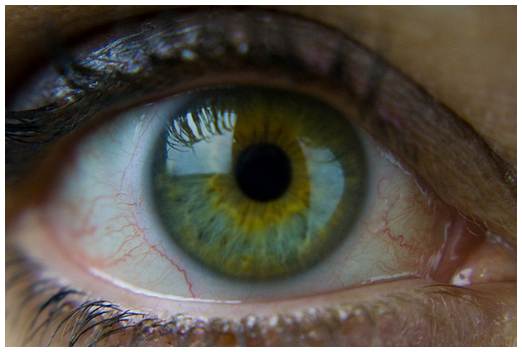 Two totally different eye colors characterize people who have complete heterochromia. This is very striking and apparent. There might be an abundance of melanin in one eye and a complete lack of it in the other. Many animals are also known to possess this.

This type can be further divided into two:

Based from the term itself, this type of heterochromia refers to the inner (or central) iris having a different color from the outer. An example is a blue center with a gold outer color or border. This is where the term ‘cat eyes’ is derived. The border color is known to be the real eye color.

Known as the rarest type of heterochromia, the peripheral heterochromia is characterized by a concentrated patch of color in a major area or smaller ones. This type doesn’t form an entire ring and this description is what differentiates it completely from the former one.

This kind of heterochromia is the most widespread; hence, it is known that 1% have this globally.

The causes can be divided into congenital and acquired:

– Simple congenital Heterochromia – The iris heterochromia is evident and it is not characterized by ocular or systemic anomalies.

– Congenital Horner’s syndrome – This occurs when there is an injury to the fetal brain or sympathetic nervous system that affects the eye.

– Piebaldism – This is the same as Waardenburg syndrome. The only difference is that those who have piebaldism are not deaf.

– Hirschsprung’s disease – Compared to the others, this is a common congenital condition. The lack of ganglia cells in the gastrointestinal tract is due to the complication in the intestine. This is often connected to bowel disorder.

– Chediak-Higash syndrome – Infection is a related issue to this autosomal recessive syndrome. People who have this not only have hypopigmentation of the eyes but also of the hair and eyes. This is under hyperchromic heterochromia.

– Tuberous sclerosis – The other term for this syndrome is Bourneville disease and is characterized by benign tumors in several organs of the body which includes the eye.

Overview of Types of Melanocytic Nevi