How to Learn Faster and Gain Skills in Almost Anything 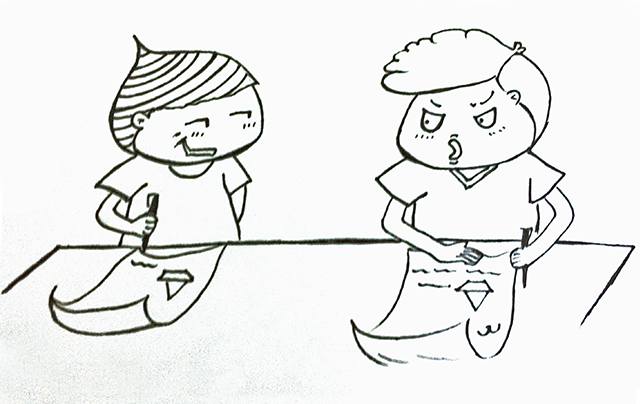 Moshe Kai Cavalin is a half Chinese American who started attending college at the tender age of 8, and graduated at the still young age of 11. He didn’t just scrape through though. He graduated with a set of straight As, a GPA of 4.0, and he’s a master of martial arts too. When asked about being a genius, the young man replies, ”People need to know you don’t really need to be a genius. You just have to work hard and you can accomplish anything.”

In his recently published book, We Can Do, he notes that, “I was able to reach the stars, but others can reach the ‘Milky Way’.”

Just like Moshe Kai, you don’t have to be a genius to learn tons of new stuff lightning fast. You don’t even have to be able to whoop the bad guys with your killer kung fu moves. You just need some good old fashioned hard work, determination, and a few secret ninja techniques like the one talked about in this article.

This method takes advantage of the subconscious mind to process newly learnt information much more quickly. Combined with quick repetition and nearly perfect practice, you’ll be able to gain expertise in no time. Ladies and gentlemen, start your engines…

Step 1: Narrow Down the Skills You Want to Learn

Start by deciding on a skill that you want to learn. Make sure that the skill you are deciding on is not too broad. If what you’re thinking of learning is a broad topic, then take that topic and break it down into its’ most important sub-components. And then attack each of those sub-components one by one.

For example, let’s say the skill you are looking to learn or improve on is becoming a better writer. Writing is quite a broad skill that comprises several parts. You can break it down to its’ most important sub-components, which may include ‘style’, ‘structure’, ‘character development’ and ‘story progression’.

You would then focus on improving yourself in one of those sub-components at first. Perhaps you might have chosen ‘style’.

Step 2: Search for the Already Successful

Next, you will want to look for people who have already mastered the subject you are trying to learn and copy what they do. And when I say master, I mean practically. Not just people who know the stuff in theory, but people who are great at doing what you want to do.

So, going back to our example of learning to become a better writer. In this instance, you might want to look for successful authors who have published best-selling books in the genre of your choice. Or perhaps you could just take your favorite authors. People whose writing style you enjoy and admire.

Pick one of these authors, and get as many of their most successful books as you can. You’ll want to start with just one author though. Too many and it’ll slow down your progress.

So you’ve picked a skill that you want to learn. You’ve broken it down into sub-components. And you’ve identified one person who’s an expert in that skill you are soon to acquire. Now you will want to copy them as they perform the skill that you desire to learn. You want to copy them exactly, word for word, action for action, movement for movement.

Coming to our example again, you’ve gotten yourself several bestselling books written by the author of your choice. You are now focused on improving your writing style. So take out one of those books, open it, and start copying every single word and sentence in that book by typing them out on your computer. When you’re done, move onto the next book.

There are a few reasons this works to help you learn faster.

First, by copying everything out exactly as-is, your subconscious mind will quietly be absorbing the skills and the styles of the person you’re copying. By doing this repeatedly, you will eventually get a feel for how that particular skill is carried out by the pro you’re copying. You will start to automatically be able to move like him, write like him, and perform like him without a lot of thought.

Secondly, people say practice makes perfect. The more you practice, the better you get. Copying allows you to practice more, while thinking less. Most of the time when you begin learning something new, most of your practice time is wasted on thinking about what to do, how to do it, and if you’re doing it correctly. By simply copying, you bypass and get rid of the excessive thinking during practice. This gives you more time to get more practice done too.

By copying the pros, you’ll be able to learn and pickup skills subconsciously. However, there’s a problem with this. You can perform the skills automatically based on gut feeling and intuition, but you don’t really understand why or how you’re doing it. This normally isn’t so much of a problem. If you can write like the pros, who cares about how you’re doing it. Right?

The problem is that the subconscious mind can’t be drawn upon in the same way you draw upon your conscious mind. Sometimes you may be able to perform great based on your gut feeling. Other times due to changes in situation, you can’t do as well, and you have no idea how to change that because you’re relying entirely on your intuition.

The remedy to this is to add some conscious learning to build a bridge between the conscious and subconscious mind. You can do this by quickly reading through literature related to the theory of the skill you’re trying to learn. You can also watch videos or listen to audio tapes.

Back to our example again. You copied the works of your author of choice by typing them out on your computer. Now you want to consciously understand why he’s writing in the way he’s writing. You could look for books he wrote on the subject of being a better writer and read through those. You could visit his blog, and start reading about the things he posts. You might find some insights on his daily experiences, as well as some writing tips you could consciously use to build connections to what you’ve subconsciously learned.

Step 5: Alternate Between the Two

Once you feel you’ve gotten a good grasp of the sub-component skill you’re working on, you can then move on to the next one. Follow the same process as above. You will find that you’re able to ‘steal’ and absorb other people’s skills quite quickly this way. Don’t worry though. With repeated practice and usage, you’ll eventually develop your own style of using those skills.

A few more tips before we close. I’ve found that the best time to be doing this technique is probably just before you go to bed. Go through the method once, and then one more time 10 minutes after that. Then go right to bed.

When you wake up in the morning, you will find that you will remember everything you’ve practiced or read very clearly. However, this memory usually starts to fade away by noon. So repeat it again at noon, and again the next day, and again one week after that, and again a month after that.

How you can Teach yourself new Skills in Dreams
Tweet