What is Brackish Water 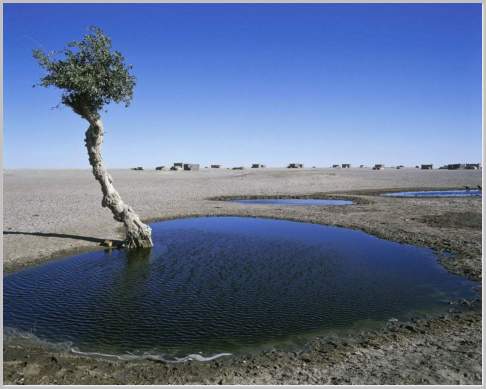 Brackish water is salty water that has less salinity than sea water. It is generally a mixture of freshwater and seawater that is usually found where rivers or large lakes flow into the ocean. The technical standard is between 3 and 30 ppt salt or 1000 to 4000 ppm salt.The Dutch coined the term “Brak” or salt, because the incursions of salt water underground made the potable water table brackish.

Brackish water can also form in swamps, such as Mangrove swamps which are close to the sea. The mangrove swamps, however, form a sort of buffer against incursions by too much sea water, and produce more stable brackish environments to support life.

In history and literature “brackish” water was deemed unhealthy because unique disease carrying organisms thrive well in brackish water. That, and the water is not good tasting, and can take on a brownish and ugly color.

Estuaries are known for brackish water where rivers or lakes interface with oceans. Estuaries often have back flow from the ocean, which can drastically change the composition of the brackish water and endanger environments for the creature that live there.

The Caspian and other inland seas also contain brackish water. Very interesting is the phenomenon of layering in the colder brackish lakes and inland seas which can literally form layers of pure salt water at the bottom, with brackish water at the top. The Sacramento Delta is feared to be at risk for conversion to a massive brackish area if too much water is diverted to Southern California, and sea water backs up into the fragile ecostructure.

A wide range of biology goes on in brackish water, from catfish , to puffer fish and gar. Brackish water fish are popular for aquarium fish. There is plant life, including an onion plant and a variety of sword plants.

There are shrimps, several varieties of crabs, sea anemones, shrimps, clams and and other invertebrates.

It would follow, that since brackish water has less salinity to begin with, it would be better as a candidate for desalinization. Given that getting fresh water to many urban areas is going to grow a problem, projects such as Sandia Labs research efforts will become more interesting to cities that need water. El Paso, Texas now gets 25% of it’s water supply from desalinated brackish water. Surprisingly, many desert locations, such as Alamogordo and Albuquerque NM, have underground aquifers that contain brackish water. But many of them have salinity levels that are higher than desired for cost effective conversion.

How do Animal Species Survive in Brackish Water