Phyllite is a fine-grained metamorphic rock formed from sedimentary rocks, such as shale and mudstone. A metamorphic rock is created when existing rock is physically and chemically transformed by intense heat and pressure. Phyllite is metamorphosed from shale, its protolith or parent rock. At intermediate grades of metamorphism, the mica grains in shale grow larger so that they become visible and more reflective to the eye. Phyllite shows a wavy cleavage foliation and is composed of quartz, sericite, mica and chlorite crystals. It tends to split into sheets (foliation).

Phyllite is an intermediate-grade metamorphic rock. Phyllite resembles its protolith, shale, as well as its lower-grade counterpart, slate. Phyllite can be distinguished from shale by its brittleness and foliation (slaty cleavage). Unlike slate, phyllite shows a contorted foliation and glossy sheen. Phyllite lacks the higher graded minerals and visible mica crystals of characteristic of schist, a higher-grade metamorphic rock. Shale, the parent rock of phyllite, is made of clay minerals. Shale can be metamorphosed into slate, phyllite, schist or gneiss, depending on the degree of heating temperature and Earth’s interior pressure. Phyllite metamorphose at a greater degree than slate, although less than schist.

Metamorphism involves the Earth’s internal forces, including temperature, pressure and plate tectonics. The internal forces exerting their influence on sedimentary rocks produce more compacted rock formations. Phyllite is formed and its mineral constituents are rearranged, based on the type of stress applied to a rock. The minerals are squeezed, stretched and rotated to align in a given direction. This is how directed pressure affects the shape and size of minerals under the influence of heat and stress. Metamorphic rocks are classified into two distinct categories, foliated and nonfoliated rocks. Phyllite falls into the classification of foliated metamorphic rocks.

How is phyllite formed?

Phyllite is produced by the parallel foliation of fine-grained minerals (chlorite) in a direction perpendicular to the direction of stress. The minerals contained in phyllite are larger than the ones found slate; however, they are not visible to the naked eye. Phyllites are usually classified into the range of metamorphic rocks that reach equilibrium within specific physical conditions and are said to be intermediate-grade (changes occur at temperate temperatures and pressures) metamorphic rocks. Phyllites are normally of a black to grey or greenish gray color. Its foliation is of an undulating shape look.

Where is phyllite used?

Phyllite has found many uses in the residential construction industry. For its intrinsic qualities, they can be worked in varied ways to meet the demands and trends of most modern construction developments. The long-lasting texture and natural aesthetic appearance makes it suitable for modern design. Architects and builders use phyllite in a variety of design projects, including building facades, kitchen countertops, and floor tile in the interior of hotel lobbies, schools, museums and libraries. The mica content in phyllite makes it ideal to be used as a decorative stone.

Where is phyllite found?

Phyllites often form along the boundaries of regional metamorphic belts where shale (clay-rich), marine sedimentary rocks have been trapped in between the frictional movement of continental plates. Phyllite can also be found in sedimentary basins along the ocean floor where marine muds have been buried. The metamorphism of shale into phyllite usually requires temperate quantities of both heating temperature and compression, which is consistent with the geological conditions found in shallow continental belts, deep ocean basins and wedges of accretion.

Metamorphic rocks have existed since the formation of the planet millions of years ago. Most metamorphic rocks are exposed in the cores of mountain belts and continental shields, and reveal that they have gone through a transformation on their sedimentary textures and physical compositions. These transformations are the marks of recrystallization known as metamorphism. According to earthds.info, the features of many metamorphic rocks can be observed in the sheer walls of Arizona’s Grand Canyon. 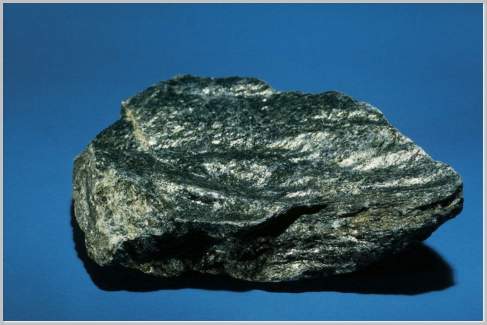 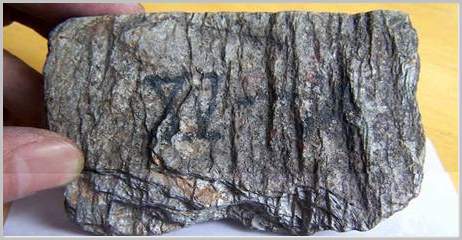 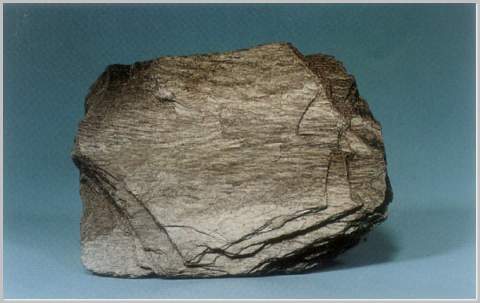 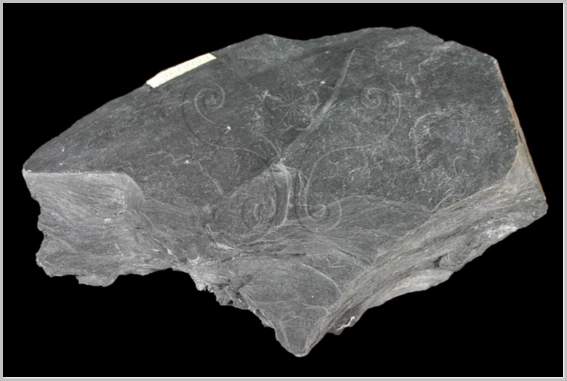 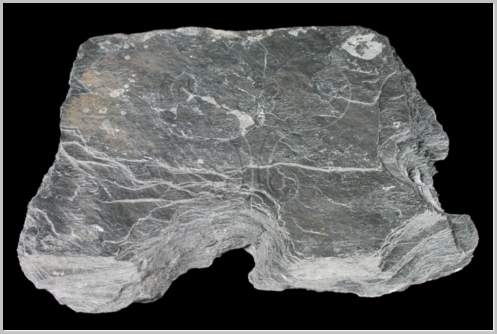 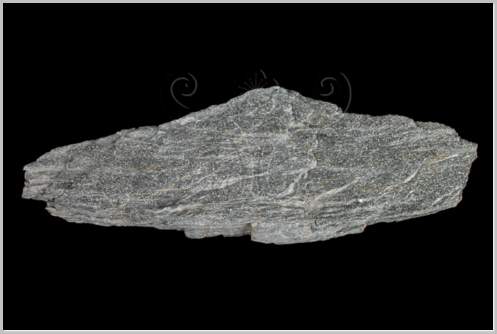 Compositional and Mineralogical changes that Occur in Metamorphic Rock
Tweet