Mitosis, the process where cell division takes place is a very complicated and important process. Mitosis, which takes place in the cell nucleus, consists of many steps; these steps in turn, have several parts to them. The main steps in mitosis are: interphase, prophase, metaphase, anaphase, telophase and cytokinesis. Cytokinesis, while not an official phase of mitosis, is the division of the cell cytoplasm at the end of the mitotic process once daughter cells are formed.

What Are The Different Stages Of Mitosis?

When it comes to matters associated with maintaining life in biology, a term for cell division known as mitosis is one important subject that is usually discussed. It is basically about the process by which the cells undergo phases of cell multiplication, and which there is a division in the nucleus of the cell, resulting in having two sets of identical chromosomes. There are different mitosis stages that you must familiarize.

The Phases Of Mitosis 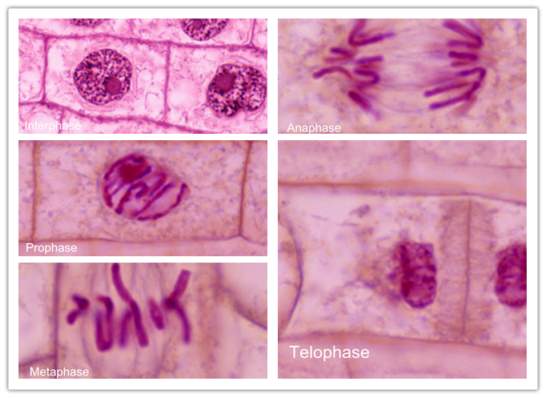 When knowing about the mitotic phases, it is important to understand each phase properly for better learning. The phases are:

The first phase in mitosis, called interphase can be split up into G (growth) and S (synthesis) phases. In the first G phase aptly named G1, the cell increases in size as it prepares for cell division. After this is the first S phase, DNA is actually synthesized. Once this happens, the cell undergoes the G2 phase where there is more cell growth and proteins are produced. All of this preparation in interphase takes place before prophase starts.

The mitotic phase is the short period of the cell cycle in which changes from short to much longer interphases for the preparation for cell division. During this interphase there are 3 phases which are divided and these are G1, which is the first gap, S (synthesis) and G2, which is the second gap; as proteins are created in each of these phases the cell grows. However, it is only in the Synthesis phase where the replication of the chromosomes occur, as each cell grows in the first gap and continues to do so as in the this phase. Then, it prepares more for mitosis in the second gap and it divides before restarting the cycle. 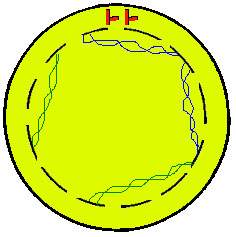 A lot of things happen in the next phase of mitosis called prophase. The chromatin (DNA, RNA and proteins combined together) merge into chromosomes which are held together by a centromere. Spindle fibers as well as microtubles are then formed in the cytoplasm and the cells centrioles (organelles) eventually migrate to opposite sides of the cell. As prophase continues, the cell nucleus membrane disintegrates and the chromosomes move towards the center of the cell.

Typically, the nucleus genetic material is in chromatin; the chromatin fibers become coiled at the onset of this phase, resulting to discrete chromosomes.

This is one of the phases of mitosis that is sometimes referred to as part of the end of prophase and an early stage of metaphase. The nuclear membrane during the early prometaphase disintegrates. In addition, the microtubules occupy the nuclear space. During the late phase known as prometaphase each chromosome forms two kinetochores. 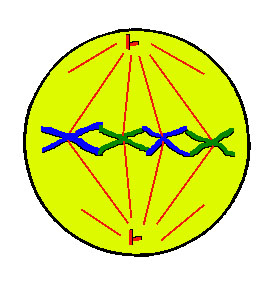 The spindle develops fully and the chromosomes align at the plate, which is a plate that is distant from two poles of spindle. 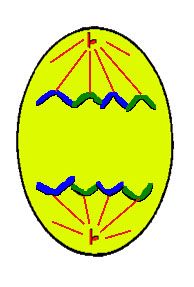 The cell goes into the anaphase when the chromosomes have lined up at the plate and the kinetochores are attached to a cluster of microtubules. 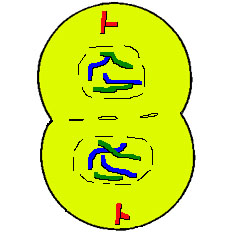 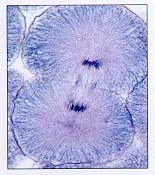 In telophase, the chromosomes then become sectioned off into new nuclei and daughter cells. These nuclei develop nuclear envelopes and mitosis is basically complete with two new daughter cells formed with genetic information passed on from the parent cell.

As one of the phases of mitosis, telophase is a reversal of events in prophase and prometaphase. The polar microtubules elongate the cell even more as they continue to lengthen at this phase.

The final step, cytokinesis, although not technically a part of mitosis actually takes place near the end of telophase where the two daughter cells now formed split apart into individual cells.

This is often mistakenly thought as the final phase of telophase, but it is a separate process that begins at the same time as the telophase. Technically, this process is not even a phase of mitosis, but a necessary separate process for the completion of the cell division.

While all of these phases are important, the process of interphase, the cells preparation for cell division takes up to 90 % of the time the cell is undergoing mitosis.

Mitosis is essential when maintaining sets of chromosomes. It occurs in several circumstances including the development and growth, replacement of the cell, regeneration and asexual reproduction. Since there are different phases of mitosis and each phase has its own occurrences, it would be necessary to pay attention to all of them.