Ligamentum Arteriosum – What is it 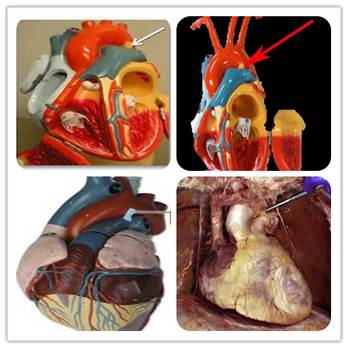 The heart is considered as one of an essential part of our human body. This powerful muscle supplies blood needed for circulation, and the blood it gives produces oxygen and nutrients imperative for a balanced system. It has some uses and should be taken care of properly. The heart has a lot of parts within it, each performing its function diligently to support the human body. It contains chambers and walls necessary for it to work correctly. Standard areas of the heart include the valves, heart walls and the left and right heart just to name a few. But within these large part of the heart lies the smaller tissues and ligaments that are also working hard. One of the more particular areas of the heart is called ligamentum arteriosum. Ligamentum arteriosum is usually attached to the aorta.

What is ligamentum Arteriosum?

During pregnancy, the unborn baby or fetus receives all its nutrients from the mother through the umbilical cord. Other functions are still not needed, so the fetus does not have lungs developed yet, opting in for the placenta to substitute the usage instead. Now the umbilical cord connects the placenta and the unborn child.The cord is the passageway for the development of the fetus, but when the baby is born the umbilical cord is cut and discarded. The child needs to adapt the changes and the first breaths taken are used to widen the now formed lungs that stiffen and constrain the muscle of the ductus arteriosus. These processed would lead to the creation of ligamentum arteriosum.

Ligamentum arteriosum is a group of scar tissue formed as a remainder of ductus arteriosus within three weeks after the birth of a person. The majority part of this tissue is draped over the last region of the arch of aorta called the isthmus of the aorta. The remaining portion, on the other hand, is connected to the top of the left pulmonary artery.

What is the Function?

The primary purpose of ligamentum arteriosum is crucial on the birth of a baby. During birth, the baby will begin to breathe on his own thus opening the pulmonary artery and letting the blood enter the lungs. It would result to the ductus arteriosus to close, and it will be formed to protect it further. Usually, after this crucial stage, this ligament will become nonfunctional. But that is always not the case; it has numerous functions as well. It plays a significant role in specific heart abnormalities aids in controlling the aortic arch helpful on the different steps of a cardiac cycle.

One specific example is the fatal traumatic aortic tear. This is a severe condition that merits bleeding in significant volumes. A person usually experiences this during vehicular accidents – or any accident involving sudden deceleration. These abrupt rate would cause the heart to launch forward, but since the ligament arteriosum is keeping the aorta in place, it would prevent the dominant force from detaching and tearing the aorta completely. Other complications might occur like the mild tearing, but the ligamentum arteriosum prevented severe damage like full bleeding that might lead to death.

Calcification of the Ligamentum Arteriosum

It is a truth that calcification of ligamentum arteriosum is a normal process that every individual undergoes. Together with the hardening of the major blood cells, known as atherosclerosis, the accumulation of the calcium is normal as individual ages.Parents should not confuse this as a disease for their newborn child. It is an entirely normal process that the happens when the ductus arteriosus close.

However. It is also important to note that calcification may indicate an underlying condition. It may lead to certain heart diseases, so it is best to have it examined as well especially if the calcification level is relatively high.

This ligament also serves its purposes during crucial moments like a car crash and deceleration accidents. So it may seem like it is an unused part of the heart, it is also dependable in times of needs.

Role of Placenta in Fetal Circulation

Breathing for the Fetus