How is Empirical Evidence used in Sociology 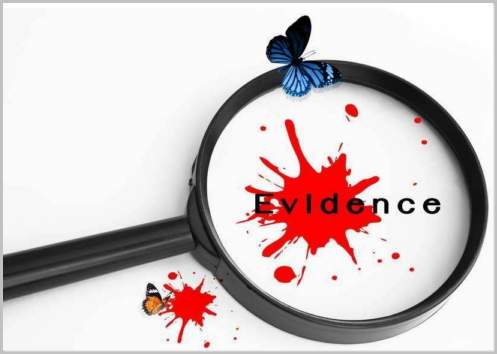 The term “Empirical Evidence” applies to evidence that we can confirm through our senses. We can see, feel, touch, smell, taste, and hear. In the hard sciences, the senses are profoundly necessary for the close physical examination of objects. Over time, scales, tools, and methods allow the easier confirmation of the identity and value of an object, or a massive group of objects. Just as in the natural sciences, in the social sciences, we can’t smell, taste, or hear, let alone feel or see everyone!

Sociology uses somewhat different tools of empirical science to examine and evaluate the relationships between individuals and groups, whether small or large. Sociologists view the activities of humans in terms of systems, cause and effect, or with other analytical tools that may begin with up close and personal observation of each and every person in each and every group, but must be extrapolated to apply to much larger populations. In Geology, the presence of certain geological activity is extrapolated to mean that certain types of rocks will be present, as opposed to checking each and every rock that is present at the location of the activity.

Sociological empiricism establishes forms and ways of establishing, then measuring the values of variables. “Money” is defined as a certain variable. Money can be defined as income, which is a causative and a dependent variable. Money can be measured in established units, such as pennies, dollars, or pounds, carats, or German mark. Money can be measured as a theoretical or statistical construct, such as a probable or forecasted value that is based on expectations of a causative relationship between, for example, education and increased earning ability.

To insure that the empirical method is adhered to, there must be an operational, functional, and well explained quality to the assignment of a definition and a unit of value to a variable. When comparing A “Wealthy” person to an “Impoverished” person, there must be a clear cognitive pathway between the concept of “Wealth” and “Impoverishment” as they apply to human beings, so common methods include to comparisons of income, ownership of physical assets, or quality of sustenance items.

Categorization allows the summary of many complex observations, operational definitions, and allows well developed assigned values for changes in variables. A person who has a certain amount of money, owns a certain amount of possessions, and can obtain certain quality of sustenance items could then be categorized as “Wealthy”, “Working Class”, “Poor” or “Impoverished”. In the hard sciences, “hardness scales” for evaluating the comparative hardness of rocks, Hurricane categories for determining the comparative strength of a hurricane, and biological classifications for plants and animals, are examples of categorization tools that allow an empiricist to determine whether an observation falls into already established norms, or whether the observation represents something that is new.

But sociologists measure change in human activity and it’s effects on groups, especially large groups. When the basics of empiricism have been established, then analytical tools are applied to measure the changes in value, to identify and evaluate cause and effect, or to forecast the probability of a particular human event or activity resulting in an expected outcome for large populations.

Sociologists use such methods all of the time, for example, to predict when traffic flow will go critical after a sold out football game has reached a point where the game is clearly won or lost. Sociologists use forecasting to determine how much increased crime will result when moderately priced homes are built by a developer.

And sociologists must constantly polish, refine, and test the accuracy, value, and effectiveness of their empirical and analytical tools. Every aspect of human activity is subject to rapid change from environmental, social, political, technological, and a host of other factors, including new thoughts that are rapidly and massively communicated by charismatic individuals. As a result, empirical tools and methods that were developed earlier, may not be as useful or effective after major developments in human activity and resources occur.

The Meaning of Empirical Evidence

Why Sociology is different than Psychology

Differences between Sociology Anthropology and Psychology