Explaining How & Why Do Hurricanes Form 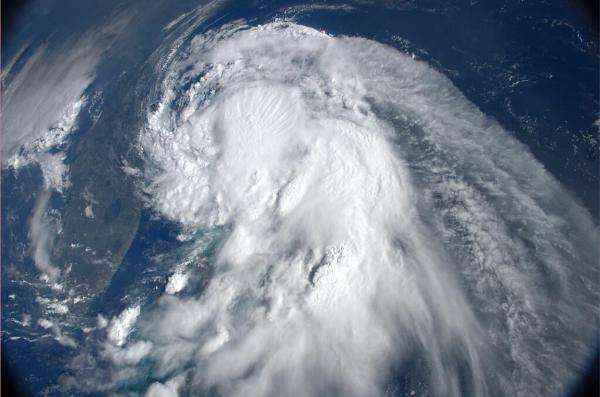 From mid-summer on through the fall, during peak hurricanes season, you can count on hearing news of at least one major hurricane threatening the coast somewhere. The media will carry dramatic images of that beautiful eye of the storm, surrounded by graceful but ominous swirls of white clouds.

That’s exciting for everyone, but experienced hurricane watchers will also get worked up over some seemingly insignificant bunches of clouds out in the middle of the sea near the equator. Reporters rarely cover those, since “Blob of stuff over the ocean still there today” doesn’t attract readers, but people who know what causes a hurricane will eagerly await each new satellite image or numerical model run, knowing that they may well be in on the earliest stages of one of Nature’s greatest spectacles.

♦ What is a hurricane? 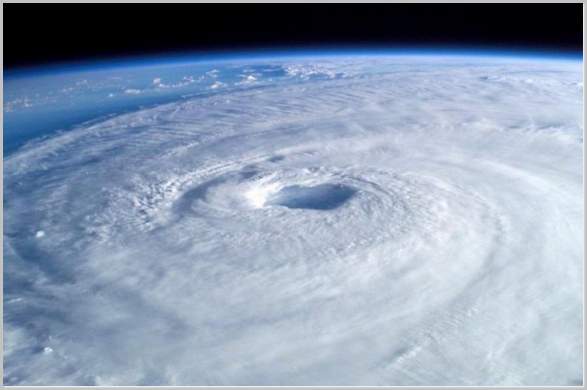 Technically, it’s a strong tropical cyclone. The word “cyclone” is derived from the same Greek root as the word “cycle,” meaning “to turn,” and in every-day meteorology, it’s used specifically for storm systems whose winds rotate inward toward an area that has lower air pressure than the rest of the atmosphere in that region.

When a tropical cyclone has sustained winds at 64 knots (74 mph or 33 m/s), the storm is called a hurricane in the Atlantic Ocean basin and some parts of the Pacific Ocean basin. It’s the same thing as the typhoon of the Northwest Pacific and the severe tropical cyclone/Category 3 (or more) cyclone/very severe cyclonic storm described in different areas in the Pacific and Indian oceans.

Penn State meteorologists Jon Nese and Lee Grenci use a heat engine analogy in Chapter 11 of their book, “A World of Weather:  Fundamentals of Meteorology,” to describe how hurricanes work:  “Tropical thunderstorms that organize around the center of a hurricane act like carburetors, injecting fuel into the hurricane’s eye, the nearly circular cylinder of relative calm at the center of the storm. The fuel injected into the eye is latent heat, a high-premium grade released when rising, invisible water vapor condenses into cloud droplets within thunderstorms. Interrupt or lessen the flow of latent heat into the eye and the engine sputters or stalls.”

Once started, this engine can go on for however long the hurricane can get warm water for fuel and favorable winds to keep its thunderstorms going. Travel over land or cooler water will shut off its fuel supply, while passage into a zone with high upper level wind shear can tear apart its thunderstorms. This is how the storm ends, but how did it first begin?

♦ How does a hurricane form? 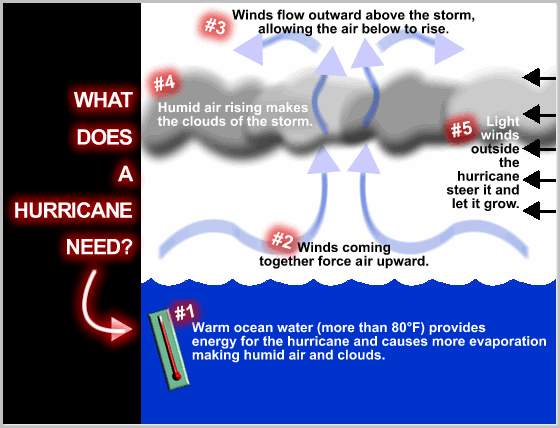 Hurricanes form in the tropics, but no closer to the equator than about 300 miles (500 km, or from about 5 degrees north and south latitude), which is where the Coriolis effect first gets strong enough to have an influence on the winds of a low-level atmospheric disturbance, for example, those of one of the 60 or so blobs of convection, known as easterly waves, that move off of the coast of Northeastern Africa each year and travel westward across the Atlantic.

When specialists notice an easterly wave with a little horizontal spin to it, and perhaps also some vertical movement known as convergence, they alert forecasting centers by investing it with a “9” number, anything from 90 to 99, and a letter designation (AL or L is used for the Atlantic, including the Caribbean and the Gulf of Mexico).

This is when the experts have to watch closely for signs of development, since many critical factors must be in place for a hurricane to form. The two most necessary things it needs are favorable regional winds and water that’s at least 78 to 80 degrees Fahrenheit (25.5 to 26.5 degrees Celsius) down to a depth of about 150-200 feet.

Warm air rises from the sea surface and cools with height, causing the water vapor it’s carrying to condense into clouds and rain, that is, thunderstorms. This condensation releases latent heat (the heat it took to evaporate the water in the first place). At first this heating goes on randomly, lowering air density in different parts of the disturbance and dropping surface air pressure in those places (since that air has to move up into the zones vacated by the lighter air when it rises).

As the Penn State meteorologists Nese and Grenci point out, “Embryonic tropical disturbances often toss the point of lowest pressure around like a hot potato. But eventually, an area of weak low pressure will emerge if thunderstorms within an especially intense cluster congregate and combine their latent heat to establish a central warm core of air.”

The activity increases, with more winds spiralling in and bringing with them more water vapor that fuels more thunderstorms that release more heat, which causes the surface pressure to drop even further. This heating also raises the air pressure above the system, creating a chimney effect that channels air up and outwards. Winds flow more quickly the more the central pressure drops, while a nearly balanced Coriolis effect and centrifugal force ensure that they circle inward, isolating the low pressure core from outside influences that might interrupt the ever-deepening cycle.

Hurricane watchers call it a tropical depression when the surface air circulation finally closes completely and the sustained wind speed is around 20 knots (about 23-25 mph or a little over 10 m/s). The system will still often look like a blob to the untrained eye, but with the help of satellites, and in special cases, an aircraft flight through the growing storm, the scientists can identify this important stage with fairly good accuracy.

The heat engine is chugging along pretty well now, and the tropical depression may get more organized, with thunderstorms concentrated toward the center and spiralling bands forming on the outer edges. The outflow overhead continues to improve, too, keeping the feedback mechanism going. It becomes a tropical storm (a Category 1 tropical cyclone in Australia) when its concentrated thunderstorm complex moves over the closed circulation and its circulating winds reach sustained speeds of 34 knots (39 mph, 17.5 m/s).

If conditions remain good, the tropical storm will keep intensifying and cross the hurricane threshold when its sustained winds reach 64 knots (74 mph, 33 m/s). Tropical storms do not have eyes, and new hurricanes may or may not have one right away. There is no consensus among experts on how the eye of a hurricane forms. In ideal conditions, the new hurricane may continue to intensify all the way up to Category 5 on the Saffir-Simpson scale, with sustained wind speeds reaching more than 135 knots (155 mph, 249 km/hr).

When a low-level atmospheric disturbance like an easterly wave is in the right place over warm tropical seas, at the right time of the year for favorable winds, the impressive heat engine that is a hurricane can start running. Now that you know more about how hurricanes form, when news of the next major hurricane comes out, you will be able to say, “I knew it when it was just a blob over the ocean.”

Differences between Tropical Storms and Hurricanes

How do Hurricanes Form

How do Hurricanes Form