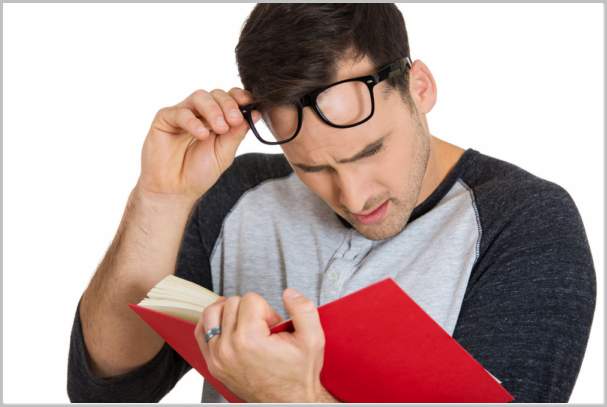 People commonly confuse, misinterpret, or incorrectly explain the “-plasias.” Health and research journals toss the words “metaplasia,” “heteroplasia,” “dysplasia,” “neoplasia,” “hyperplasia,” and “anaplasia” throughout their works, but what do these words really mean?

It is tempting for readers to lump all the “-plasias” together, assuming that they all refer to cancerous or pre-cancerous cells, but that’s an erroneous assumption. Hyperplasia, metaplasia, and heteroplasia don’t necessarily deal with cancer, and the other three terms cover a wide spectrum of cancer progression.

1. Hyperplasia is any abnormal multiplication of cells.

Hyperplasia refers to an abnormal increase in cellular quantity (i.e., constantly dividing cells). Hyperplastic growth in cell number usually results in organ enlargement or (benign) tumor formation, but sometimes it is noticeable only under a microscope. Hyperplasias only form benign tumors (unless further DNA damage/cellular mutations occur) because the cells of a hyperplastic growth remain subject to normal regulatory control mechanisms. This stands in contrast to neoplastic growth (the process underlying malignant tumors), in which cells replicate/proliferate in a non-physiological manner which is unresponsive to normal stimuli.

Hyperplasia may be due to a number of causes, including: increased exertion/stress (as in the case of muscle use), chronic inflammatory response, hormonal dysfunctions, or compensation for damage or disease elsewhere. Sometimes, hyperplasia is a natural response and completely normal/harmless; for instance, the growth and multiplication of milk-secreting glandular cells in the breast as a response to pregnancy is considered “hyperplastic cell growth.”

Other times, however, hyperplasia can cause (non-cancerous) medical problems. If an infant consumes too much sugar in his/her first year of life, his fat cells (adipocytes) will greatly multiply in number (hyperplasia), and later in life he will be at higher risk for “hyperplastic obesity,” obesity caused by an increase of the number of fat cells. This stands in contrast to “hypertrophic obesity,” where a person has a normal quantity of adipocytes, but each of those fat cells is abnormally large in size.

2. Metaplasia is the transformation of one type of tissue into another.

Metaplasia (“change in form”) refers to the exchanging of one type of differentiated cell type for another mature differentiated cell type. This change can be a normal physiological change, such as in the ossification of cartilage to form bone, or it can be in response to external stimuli, as in the case of chronic smokers who experience metaplasia from normal respiratory epithelium to (more resilient) squamous epithelium (due to irritation of their laryngeal epithelium).

Generally speaking, metaplasia occurs because a person’s cells in a particular location aren’t robust enough to handle the stress (external stimulus) that they are exposed to; thus, these cells are replaced by cells of another type that can better withstand the new environment. The new cells aren’t less mature than the previous cells, but they normally don’t belong there and are unsuited to perform normal functions.

In addition to smoke irritation, other causes of metaplasia include: vitamin A deficiency (columnar/cuboidal/transitional cells become stratified squamous), kidney stones or worm infestation (transitional cells become stratified squamous), and acid reflux (e.g, Barett’s Esophagus). Even though some metaplasias like Barrett’s esophagus are considered “pre-cancerous,” if the stimulus that caused the metaplasia is removed, tissues can return to their normal pattern of differentiation. If a metaplasia isn’t addressed in a timely fashion though, it can become dysplasia and/or turn cancerous.

3. Heteroplasia is abnormal grown without stimulus.

Heteroplasia (sometimes called “alloplasia”) is like metaplasia except it refers to the abnormal growth without a stimulus (e.g., the growth of bone in a site where there is normally fibrous connective tissue). The growth can result in formation of abnormal tissue or of normal tissue in an abnormal locality. The term, heteroplasia, is used much less frequently in medical literature than the other five “plasias” discussed in this article.

Dysplasia refers to any disordered growth and maturation of an epithelium, which is still reversible if the factors driving it are eliminated. The description is similar to that of metaplasia, but there are several key differences. Metaplasia is not considered a part of carcinogenesis, and while dysplasias show a delay in maturation/differentiation of cells within tissues (e.g., expansion of immature cells with a corresponding decrease in number/change in location of mature cells), metaplasias have cells of one mature/differentiated type replace cells of another mature/differentiated type.

Neoplasia occurs when cells have lost control of their physiologic processes. Neoplastic cells grow uncontrollably, and when people talk about cancer or “carcinoma,” they are usually referring to neoplasms (tumors). Neoplastic epithelium is termed carcinoma. Once a neoplasm has started, it is not reversible.

Note: The term “tumor” is often used synonymously with neoplasm, but a “tumor” can refer to any uncontrolled cellular growth, whether it is inflammatory, hemodynamic, or neoplastic in origin. Additionally, not all neoplasms are malignant. Benign (non-cancerous) neoplasms include: uterine fibroids and melanocytic nevi (skin moles).

Anaplasia is the most extreme disturbance in cell growth encountered in the spectrum of cellular proliferations and is characteristic of highly malignant and metastatic cancers (Wikipedia, Last Accessed: 2/24/09). Anaplastic cells have lost total control of their normal functions and many have deteriorated cell structures. Anaplastic cells often have abnormally high nuclear-to-cytoplasmic ratios, and many are multinucleated. Additionally, the nuclei of anaplastic cells are usually unnaturally-shaped or oversized nuclei.

Overview of Diseases of Cellular Growth

Role of the P53 Tumor Suppressor in Cancer Development