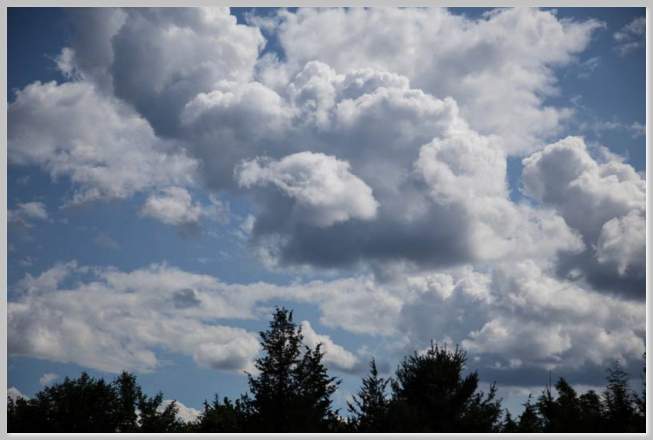 Resembling fluffy pieces of white cotton suspended in the sky, Cumulus clouds are very likely the most common types of clouds seen in the sky. When presented in clusters, bordering each other, they tickle our imagination making us see profiles of animals, monsters, dragons and mystical figures. These clouds are the clouds “par excellence”, perhaps the first type of cloud that comes to people’s minds upon saying the word “cloud”.

These puffy clouds are typically formed once warm air rises and clashes against cooler air causing condensation. The product of such condensation, is indeed, a cumulus cloud. They are relatively not very far from the earth, forming at altitudes generally below 6,000 feet. The name Cumulus developed from the Latin word for ”pile”. This is perhaps due to the fact that depending on the weather conditions, they may pile upon each other.

Cumulus clouds are pretty versatile clouds, they change their shape depending on weather factors. When there are windy conditions, they may be seen attached to one another, like train wagons, proceeding in a linear motion always parallel to the wind. When they present in such a way, they are not surprisingly called ”cloud streets”.

Under fair weather conditions, they present as the friendly puffy, cotton pieces we are all familiar with, however, cumulus clouds have also a darker side. If some specific weather conditions are met, they may resemble towers with one on top of each other (cumulus congestus) and they may ultimately turn into mean cumulonimbus, often generating heavy rain, storms, hail and even tornadoes. 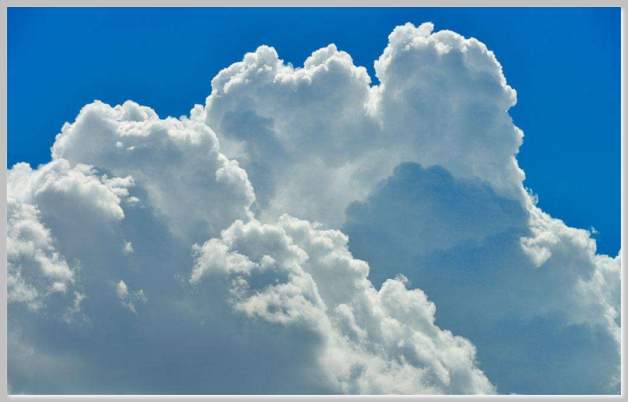 The size of a cumulus cloud depends on two main factors: the force with which the warm air is pushed up and the level of moisture in the air. The largest cumulus clouds derive from the expansion produced from very strong warm air being pushed up. Their color may range from pure white to dark gray. Some may appear white at the top and gray in the bottom. The gray color of clouds are not always indicative of rain.

Cumulus clouds have a life span of 5 to 40 minutes. When a cumulus with faint edges is spotted, it is most likely starting to dissipate in the sky. When this happens the cloud is know as ”Cumulus Fractus”.

Generally, they are associated with fair weather. However, given the chance, even the puffiest Cumulus clouds have the potential to develop damaging storms. If some of them are spotted during the morning towering one another, the saying “In the morning mountains, in the afternoon fountains” may come very close to true. This is what makes weather forecasting such an interesting job: the unpredictability of the weather is certainly a fascinating topic to study.