Symptoms and Treatment of a Chancre

Chancres, not to be confused with the similarly worded canker, are small sores, skin lesions, or ulcers that occur on the genitals after infection by a sexually transmitted disease. There are actually two diseases that manifest chancres, the first being the infection chancroid and the second being the primary stage of syphilis. There are several symptoms associated with chancres and while the infection is highly contagious, there are many treatments options available. 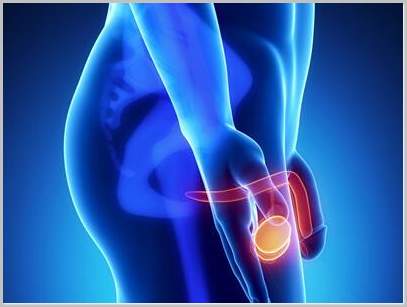 In chancroid and syphilis, the infections are most commonly spread through sexual intercourse but there are cases of infection being spread through exposure with the chancres. For chancroid, the bacterium responsible is Haemophilus ducreyi while the bacterium for syphilis is Treponema pallidum. Both infections are more common in developing countries but do occur in countries around the world. In the United States, chancres are more common as a result of syphilis than chancroid and many who are diagnosed with chancroid get the infection while outside of the United States. Men are also more likely to develop chancroid than women and uncircumcised men are three times more likely to develop the infection after being exposed to it.

After infection, bacteria will grow and chancres usually form within a period of days. For chancroid, the period is between 3 to 7 days while syphilis is a little longer at 10 to 90 days. The chancres manifest as one or multiple red papules that may form on any part of the genital. In the case of chancroid, the papules are soft, which is why the chancres for it are sometimes termed soft chancres. Similarly, the chancres for syphilis are harder and rubbery, which is also why they are sometimes termed hard chancres.

The initial sore(s) may not cause any pain but the chancres usually become an ulcer within a few days. In the case of syphilis, the small ulcer may never be painful and is typically less visible while lasting between 3 to 6 weeks and can heal on its own. The ulcer may be accompanied by swelling of nearby lymph nodes. Should no treatment be administered, then the syphilis will progress into the second stage.

The treatments for chancres in chancroid and syphilis are basically the same. A regiment of one or more antibiotics will treat the infection. A few of the typical antibiotics that can treat chancroid are ciprofloxacin, septinomycin, and amoxicillin. The only antibiotics that will treat syphilis are penicillin and tetracycline. Also, because of the severity of the chancres in chancroid, the chancres themselves may also require treatment. The chancres may require frequent cleaning and dressing in order to keep the chancres from spreading. Soaking the infected areas can help reduce the swelling of either the chancres or the lymph nodes. Serious infections from chancroid could require surgical drainage of chancres or the use of a syringe to remove pus from the infected lymph nodes.

Symptoms and Treatment of Sleeping Sickness

Symptoms and Treatment of Helminth