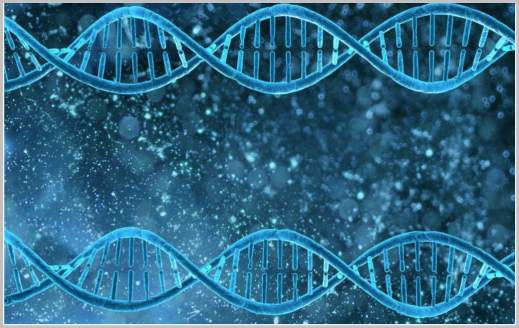 DNA is a common acronym known to almost everybody form about middle school and up. What does this catchy abbreviation stand for?

DNA stands for Deoxyribonucleic acid, which is the basis for all human beings. DNA comes in the form of a strand which is located within the nucleus. DNA contains the genetic instructions needed to facilitate the developing and functioning of all living organisms.

DNA comes in molecules which retain information such as blueprints for a building. They map out the production and carry information for the formation of genes. Genes are the things that make a certain human being or species unique. Some of them are vital and others are less important. Chemically DNA is made up of various sugars and phosphates groups which are joined together by ester bonds. Each sugar contains one of four bases. These bases form the sequence along the backbone of the strand which encode information.

The strand of DNA that i mentioned earlier is actually referred to as a double-helix. The double-helix forms a spiral like structure that contains all of the amino acids and proteins that pair up to produce the DNA. Not only can their be a double-helix structure but there can also be a quadruplex structure. Certain bases can form this type of structure if they are all the same. For example, if four guanine bases form a flat structure and the four bases stack on top of each other, they will form a G- quadruplex structure. This type of structure is very complex and it all depends on the four bases and how they come together.

As you can see DNA is a very complex subject and it can take many different shapes. DNA may stand for one word but in reality it stands for all of the things that we are comprised of.