What are Mosquitoes Good for 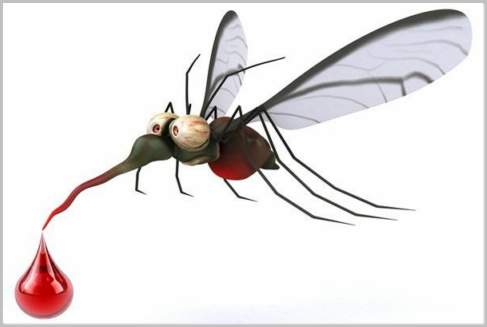 If you were to ask most people what mosquitoes were good for you might not get much more then a strange look as is you had only landed on planet earth a few moments ago. However what most people don’t realize is that mosquitoes form an integral part of the balance of nature in many parts of the world. While they are demonized somewhat because they can spread diseases such as malaria, and the fact that the females bite us causing irritation. They are none the less important to the survival of many different species which depend on them as food.

Technically speaking mosquitoes as a creature have killed more people than any other type of animal or insect. The only species with more kills i would think is mankind itself. The numbers of people that have died of the various diseases that mosquitoes carry over the thousands of years mankind has been around makes the bubonic plague seem tiny by comparison. In fact they are responsible for transmitting over 70 million diseases every year, many of those leading to fatalities, particularly in the developing world. Yet despite all this they do have some redeeming qualities that most people overlook.

Even their disease carrying does have some small merit. In ancient times in many societies diseases such as this helped with natural selection, as weaker individuals would be killed, while the stronger lived. Not only this but this would help to build resistance and eventual immunity from the diseases that the mosquitoes carry. In the animal kingdom the animals that were killed by their diseases would also have provided food for many other creatures as well.

The males of the mosquito species are invariably not the ones responsible for biting us when we sleep. They unlike the females are nectar feeders, similar to bees or butterflies. This of course makes them important because they help to pollinate plants. At the same time they are also prey for the more aggressive airborne species around the flowers. Wasps, hornets and robber flies will all make a quick meal of them while they feed. Similarly spiders and ants both feed on them significantly as well. Spiders webs close to where they have been breeding and developing their young can sometimes live off mosquitoes exclusively when they are abundant enough.

Dragonflies also thrive on mosquitoes. Compared to dragonflies they are weak fliers and have no way of defending themselves against the speed and ferocity that dragonflies can attack their prey with. They also hatch their larvae in water the same as the dragonfly, where again mosquitoes larvae provides important food for the dragonfly. All this means that they are imperative to the survival of many dragonfly species, who feed almost exclusively from them around the lakes and ponds where both species breed.

It isn’t only dragonfly larvae that hunts them in the water though. As mosquito larvae are bound to the surface the majority of the time because of having to breathe air, they also make ideal targets for a number of other organisms. Frogs, small birds, tadpoles, toads, water beetles, boatmen, pond skaters and fish all feed on mosquitoes larvae as well. They can all do so because large numbers of mosquitoes tend to all release their egg in one place. This gives them a better chance of survival on the whole, and means that there are plenty to go around for all the predators. Without them there would be a lot fewer species of pond life as many of their young would starve before they reached maturity.

Evan though they are routinely eaten, those that aren’t provide a useful service as well. They eat tiny organisms and pieces of algae that form on the surfaces of any pool of water open to the sunlight. Through this they help to stop a pond becoming stagnant and overgrown. Overgrown pools of water tend to become de-oxygenated, killing all the other inhabitants that breathe through the water rather than breathing air.

This is why mosquitoes are vital to the survival of many species on the earth. They might be annoying and to some extent dangerous. But removing them from the ecosystem would cause many food chains to collapse, and species to die out. So by all means kill any you might find in your house, but wiping them out on a large scale would be a disaster we should all avoid.

Mosquitoes and the Diseases they Carry

The Reason why only Female Mosquitoes Suck Blood