What are Emile Durkheims four Types of Suicide

In his seminal work, Le Suicide, French sociologist Émile Durkheim (1858–1917) examined suicide from a sociological perspective. A detailed study, this work fundamentally altered society’s perception of this quintessentially personal act. At that time, sociologists attributed acts of self-destruction primarily to physiological and/or psychological origins. In short, suicide was widely accepted as the act of sick or disturbed individuals.

In his analysis of statistics for various cultures and historical periods, Durkheim established a link between suicide and social factors. In fact, he proved that social relationships greatly influence suicidal tendencies: predominately the degree of social integration and moral regulation in an individual’s life. To him, suicide was a social action, its root cause social disorganization.

Based on the degree of imbalance of these social forces, he developed a comprehensive system for classifying suicide.

Durkheim based his system on the contention that the primary cause of suicide was an individual’s lack of bonding with others. That is, an individual was disposed to suicidal act(s) in inverse proportion to the strength of social ties (e.g., family, friends, and so on), and adherence to the collective consciousness.

This system encompassed four types of suicide: these reflecting the prevailing theories of human behavior for that period. The first two are based on the freedom accorded the individual by the group to which the individual belongs (i.e., normative or social integration). The first type, egoistic suicide, is located on the low end of this scale. This is the consequence of too little social integration. At the opposite end is altruistic suicide, the result of too much integration. 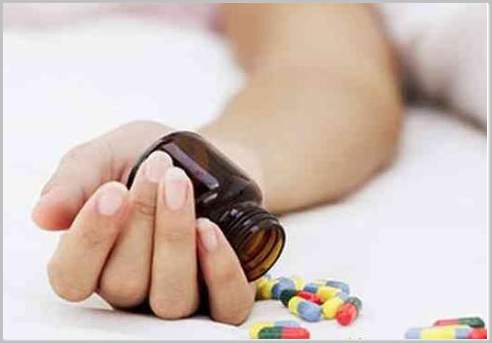 According to Durkheim, this type of suicide was a consequence of the deterioration of social and familial bonds. It occurred when an individual was detached from others in his/her community

Individuals not sufficiently tied to social groups (i.e., those with well-defined, stable values, traditions, norms, and goals) had little social support and/or guidance, and therefore tended to commit suicide. The bonds that normally integrated individuals into the group had weakened, leading to a breakdown in social integration.

During his research, Durkheim discovered that unmarried individuals committed suicide at higher rates than married, especially single males, who had less to bind and connect them to stable social norms and goals. Loosely-bound liberal Protestant groups had higher suicide rates than Catholics and Jews, because in the latter regular religious participation was mandated.

With altruistic suicide, Durkheim argued that certain suicide types occurred among tightly knit groups when they came under severe threat; in such situations, members were prepared to die in the group’s defense. Here individuals were integrated into the social group to such a degree that they lost sight of their own individuality; they were willing to sacrifice themselves to the group’s interests, even if that sacrifice was their own life.

According to Durkheim, the most common cases of altruistic suicide occurred among members of the military. To rephrase, soldiers who knowingly gave up their lives for their country were in effect committing suicide. This assertion was controversial because it seemingly diminished the valor of those actions.

According to the literature, Durkheim linked the third type of suicide, anomic, to disillusionment and disappointment. (Anomie was a concept Durkheim developed to describe a state where social and/or moral norms were confused, unclear, or simply not present. In short, normlessness).

Durkheim asserted that when a society (i.e., a regulated system) completely broke down, the lack of norms and restrictions on behavior would engender suicidal behavior. (In this perspective, social and moral norms and values imposed meaning and order on the collective and individual conscience, functioning as a guide for moral and ethical decisions.) If these external guidelines were absent, there would be nothing in place to restrain people’s aspirations and/or appetites.

This type of suicide can occur when societies change drastically due to industrialization, economic expansion, massive layoffs, and so forth. Another example is when owing to cultural contact, the traditional values of Indigenous peoples are undermined. Some members, unable to identify with the cultural values imposed upon them, can lose their sense of belonging.

According to Durkheim, fatalistic suicide occurred within tightly knit groups whose members sought, but could not attain escape. He viewed this type a rare phenomena in the real world. Examples cited included individuals with over-regulated, unrewarding lives such as slaves, childless married women, and young husbands. Slaves might commit suicide in order to demonstrate control over their lives.

Then again, if a society espoused suicide as an act beneficial in some situations for social welfare, then social ties and integration in such a society could foster suicide. One such example occurred in various aboriginal communities when elders voluntarily went off to die so as not to be a burden.

Never specifying why, Durkheim deemed these latter two types (i.e., anomic and fatalistic) as generally unimportant in his study.

Crucial for comprehending the nature of Durkheim’s system is an understanding of his perspective, his theoretical approach. According to the literature, Durkheim was interested in social facts such as religious groups and political parties as opposed to psychological or biological factors. In fact, one of his most notable undertakings was a comparison of suicide rates among a number of religious and occupational groups.

Based on the supposition that the moral and social structure of society controls human passions and ambitions, the purpose to his work was to clarify the social context in which human problems occurred. In studying suicide, Durkheim’s aim was to explain why some groups endure higher suicide rates and why rates varied over time.

Subsequent research has concurred with Durkheim’s analysis that social structures are a significant factor with regard to suicide. Nonetheless, critics have elucidated two limitations to Durkheim’s system for classifying these types:

(1). Whereas all in a group are subject to the same social structures, Durkheim’s classification system does not clarify as to why one individual commits suicide while other members of the same group do not. In short, it has difficulty elucidating why some individuals succumb to societal pressures and others do not;

(2). The four types of suicide overlap and may, in some cases, be difficult to differentiate.

Despite such limitations, Durkheim’s framework, over a century later, remains beneficial, germane, and inclusive. It reveals that, albeit suicide is a highly personal act, social factors are a force in every suicide. Succinctly, such factors function even at that moment when an individual is pondering ending his or her live.

The cold reality is that social factors can support individuals during arduous times or leave them exposed, defenseless to the onslaught of loneliness, hopelessness, and desolation. Whereas those forces can set the stage for self-destruction, it is essential that people have access to social networks that function as a source of emotional support during difficult times.

Common sense tells us that suicide must take many forms, thus the relevance of systems that classify subtypes of suicide. However, in actuality suicide, an extremely personal, private, and complicated phenomenon has many factors contributing to its aetiology.