Understanding what Hemotoxic Venom is and how it Works 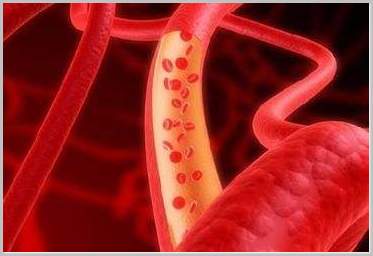 Venom can be described as a poison that certain animals secrete, mostly for defensive and offensive purposes.  The type of venom secreted depends on the animal or organism secreting it. Birds are the only class of vertebrates that do not have venom secreting species.  Venom is however mostly associated with snakes. Snake venom can be broadly categorized into cytotoxic, neurotoxic and hemotoxic venom. There are snakes that carry all the three types of venom. Hemotoxic venom can be classified under the broad category of hemotoxins.

Hemotixic is a name derived from the effect caused on red blood cells.  Normally, hemotoxins cause hemolysis and thus destroy red blood cells. They also disrupt the blood anti clotting process. However, the effects of hemotoxic venom go beyond the red bloods cells. Following a bite from a snake with hemotoxic venom, the victim’s blood pressure is lowered to facilitate other effects such as clotting. Hemotoxic venom attacks other tissues, including organs and inflammation results. Hemotoxic bites are usually very painful and can result into permanent tissue damage or even death.

Apart from killing the prey, hemotoxic venoms are also intended to aid in the digestion process by breaking down the protein. Usually, hemotoxic venoms cause death slower than other types of venoms. Depending on the site of bite and the type of snake, hemotoxic venom can result in delayed nausea, headaches and disorientation in humans.

Hemotoxic venom, just like other types of snake venom is transferred through the fangs during a snake bite. The venom is produced in special glands located in the head of the snake. The venom glands are differentiated into true and false venom glands.  The false venous glands consist of mucus secreting suprabial glands that are located on either side of the head extending downwards into a continuous strip. The gland then differentiates into several ducts that connect to each tooth base.  On the other hand, the true venom glands are made of a dense connective tissue and contain a lumen with a separate muscle together with a duct that connects them to one fang on either side of the jaw.

Venomous vipers and pit vipers have a head that is heart-shaped due to the large venom glands that are located on it. People are generally advised to stay away from venomous snakes and if they are bitten, they should always try to remember what the snake looked like. This will in turn help the doctor to identify the type of venom and therefore make an appropriate treatment plan.

How Hemotoxic Venom Act on the Body

How Venom is Produced in Venomous Snakes

An Overview of Central American Snakes and their Habitats