The Relationship between Earthquakes and Tsunamis 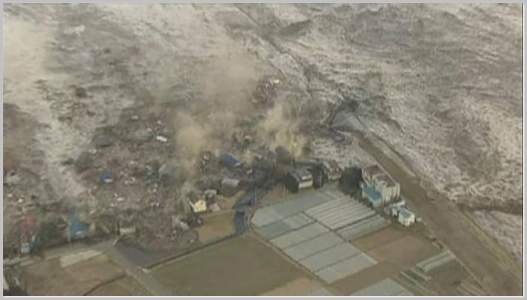 Earthquakes and tsunamis are closely related. All tsunamis are caused by massive deep-level water displacement, which is most common during subduction and megathrust earthquakes under the ocean floor. A tsunami cannot result from a land-based earthquake unless it causes a landslide into a nearby body of water.

All this energy is converted into wave energy, which is carried across the ocean. Unlike typical surface waves and even storm surges, this wave energy is carried by the motion of the entire water column from the top of the ocean to its bottom. The vast amount of water involved also causes the tsunami to have an unusually long wavelength, with a width of several miles. As soon as the ocean floor becomes shallow, all that volume of water is forced upward. If enough energy has been released by the initial displacement of the sea floor, a tsunami will result.

A tsunami usually requires an earthquake of at least Richter magnitude 6.5 or higher, although tsunami warnings will sometimes be issued for a smaller offshore earthquake where the local geological conditions increase the hazard. Both the 2004 Indian Ocean tsunami and the 2011 Tohaku tsunami were caused by subduction earthquakes which were Richter magnitude 9 or higher.

A tsunami may be caused by an earthquake which was too deep or too far away to be felt by anything other than seismographs. These powerful waves can travel for thousands of miles without losing much energy. Most regions are at greatest risk from tsunamis which are generated locally only because very little warning is possible in these cases.

However, not all tsunamis are caused by earthquakes. Tsunamis can be caused by mountain-sized landslides or the calving of glaciers into the ocean, sea or lake-sized body of water. They can also be caused by volcanoes or even meteor strikes.

All these causes share two important factors: the water must be displaced suddenly, and the resulting wave energy must be forced upward by an upward-sloping sea floor or a narrowing channel. If the wave energy is forced in any other direction, it will eventually dissipate without causing a tsunami.

How Tsunamis Form as a Result of Earthquakes

How Tsunamis Form as a Result of Earthquakes
Tweet