The Difference between Physical Change and Chemical Change

Physical changes occur when a substance’s basic composition is unaltered, but its appearance and structure change in detectable ways.  Tearing up a piece of paper, for example, causes a physical change (actually, a series of physical changes).  The paper still exists, and the atoms and compounds which make up the paper have not been altered.  Creating a solution, such as salt water, is another example of a physical change. In this case, the molecules actually are altered: the sodium and chloride ions which make up the salt separate in water, but would re-connect to one another if we removed the water, for example by boiling it away.  Another important and common form of physical change is a change in state: freezing, melting, boiling, or condensing.

This points to a second key component of physical changes: they are relatively easily reversible.  Because there are no essential changes in the matter involved, it is possible to return the matter to its original appearance and form with little difficulty.  For example, one can thaw a cup of water which has frozen, or freeze a cube of ice that has melted.  One could also condense water that has been boiled away into steam, provided one trapped the steam as it boiled rather than letting it escape freely into the air. 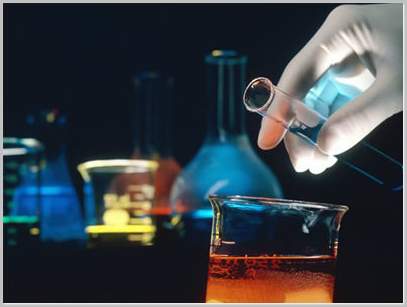 Chemical changes, by comparison, cause changes in the basic structure of the atoms and molecules which make up the substance, and are not easily reversible. In general, this is because a new chemical substance has been created through a chemical reaction, and the reactants which went into producing it cannot be easily separated again. To take a more conventional, seemingly non-chemical example, baking a cake causes chemical rather than physical changes: once the cake is baked, it is impossible to separate it back into all of the different ingredients you started out with.

In either case, under the terms of theoretical physics, “information” is still conserved: that is, at its most basic level, all of what went into a chemical or physical change is still present afterward.  Under this more nebulous physics-oriented definition, for example, even burning the piece of paper (and thus placing it beyond recovery) has not actually destroyed the information contained within the compounds and atoms of the paper, merely converted them into new forms and scattered them into the atmosphere.

What is a Chemical Change

The Basics of Physical changes

Physical and Chemical Properties of Water and their Consequences
Tweet