The Difference between Molecules and Compounds 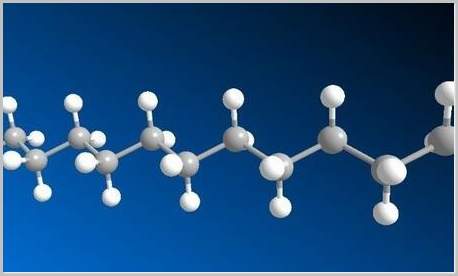 FROM ATOMS TO MOLECULES

Atoms are referred to as the building blocks of all matter. In terms of nuclear physics, this isn’t absolutely true: atoms are actually made up of various subatomic particles, of which the most important in terms of basic chemistry are protons, neutrons, and electrons. The number of protons in the nucleus (centre) of an atom determines what chemical element that atom is. For example, hydrogen atoms have just a single proton; carbon has six protons, iron has 26, and uranium has 92.

The elements are the most basic chemicals, but most of those chemicals we encounter in everyday life actually take the form of molecules – two or more atoms which have joined together through a process called bonding. The two biggest components of Earth’s atmosphere, for example, are gases which we encounter in molecular form, each molecule being a pair of atoms: Nitrogen (N2) and Oxygen (O2). Several gases – hydrogen, oxygen, nitrogen, and the halogens (such as chlorine and fluorine) – always form these “diatomic” bonds between atoms.

Unlike the above diatomic molecules, which are always made up of atoms of the same element, other molecules contain atoms of two or more different elements. These are called elements. There are also many examples of compounds in our daily life: water, for example, is a compound molecule made up of two hydrogen atoms and an oxygen atom (H2O), while carbon dioxide is made up of one carbon atom and two oxygen atoms (CO2). Common table salt is another, made up of one sodium atom and one chlorium atom (NaCl).

The largest and most complex compound molecules are the organic compounds, which contain strings of carbon atoms and various other atoms. Carbon is an unusual element in that each atom is able to form up to four distinct bonds; this means carbon and other atoms can be used to form long, complex molecular strings. Such organic compounds can be relatively short and simple, like ethanol (what we refer to by the more generic name “alcohol”), or extraordinarily long and complex, like human DNA. An ethanol compound contains two carbon atoms, one oxygen atom, and six hydrogen atoms arranged in a particular chain. DNA, by contrast, is an incredibly complex molecule containing many thousands of hydrogen oxygen, carbon, nitrogen, and phosphorus, arranged in a very specific order.

Difference between Organic and Inorganic Compounds

Can Molecules be Changed to Atoms – Yes

The Differences between Elements and Compounds

Why Carbon is the Basis for so many Compounds
Tweet