The common physical characteristics of bacteria

Bacteria are microscopic prokaryotes – small single-celled organisms that lack a nucleus. Various types of bacteria exist – they can be spherical, rod-shaped or spiral-shaped, require oxygen or die in the presence of oxygen, and some even require another living cell for replication. But there are some basic physical characteristics most bacterial cells have in common. 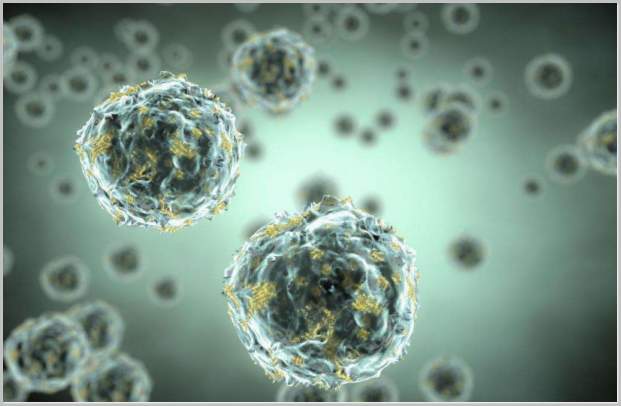 Most types of bacteria have a cell wall similar to plant cells. Mycoplasmas are an exception – they lack a cell wall and act more like viruses as obligate parasites.

The bacterial cell wall gives a bacterium its shape and is made of polysaccharides (sugars) and protein, called peptidoglycan. Some bacteria, classified as Gram-negative bacteria because of altered staining properties, also contain lipids in the form of lipopolysaccharide (LPS).

The LPS barrier outside the cell wall is sometimes referred to as an outer membrane. A periplasmic space exists between the outer LPS membrane and cell wall in which enzymes reside to aid in transport into and out of the cell. The inner membrane separating the cell wall from the cytoplasm is a plasma membrane (lipid bilayer) like that observed in other living cells. It contains transport proteins.

Bacteria without LPS do not have the outer membrane. The cell wall is strengthened by other lipids, such as teichoic acids, and comprises much more of the dry weight of the cell than the membrane and wall of Gram-negative bacteria.

Like other living cells, the interior of the bacterial cell is filled with cytoplasm, a nutrient and water “soup” that contains the interior components of the organism and puts pressure against the membrane and/or wall to maintain the shape of the cell. The bacterial genome is in the form of a plasmid – a circular double-stranded DNA. It does not bind to histones like the DNA in eukaryotic nuclei. The DNA resides within the bacterial cell in the area called the nucleoid. Ribosomes are also present, which act in the process of transcription and translation for gene expression and protein production. Also present within the cytoplasm are storage granules where nutrients are stored.

Because bacterial cells are organisms they have specialized appendages that allow them to move and interact with one another. Cytoskeletal proteins found in all living cells can project from the cell wall or membrane to form movable structures, including flagella and pili.

A flagellum has an intracellular motor and works like a tail. Bacterial cells can have several flagella on different sides for different types of movement.

Pili (singular, pilus) are also known as fimbriae. They are protein tubes that extend out from the cytoplasmic membrane and are most common in Gram-negative bacteria. The pili allow attachment to other bacterial cells or adhesion to cells the bacteria will infect. A pilus is also an important component of bacterial sexual reproduction.

Energy production and use

Bacteria lack many of the internal organelles found in other cells, including cholorphyll and mitochondria. An exception is cyanobacteria, also known as blue-green algae. This means that most bacteria are heterotrophs – they acquire energy from other organic sources. As such bacteria process various nutrients and trace elements in organic and inorganic enzyme cycles.

Though many different types of bacteria are known, they share some common characteristics. These prokaryotes generally have a cell wall, plasmid DNA, some form of movement or communication system with other bacteria and are heterotrophic. There are exceptions though, as nature is usually more complex than it appears.

Different kinds of bacteria are classified by physical characteristics