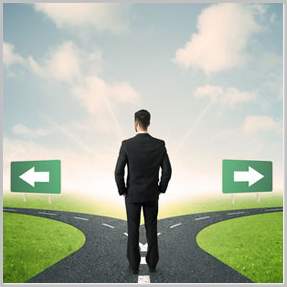 Psychoanalysis was the first major modern school of psychology. Sigmund Freud, the founder and major exponent of psychoanalytic theory, believed fervently that most individuals’ though processes are unconscious (1940). He taught that one’s actions and personality are a result of conflict between the id, an unconscious component of the psyche that follows the pleasure principal, and the superego and ego, rational and idealistic forces that seek to control the id (Freud, 1923). Other unconscious influences on the mind include eros, and thanatos, two conflicting internal desires, to reproduce and to die, respectively. They also believe that all human behaviour is ultimately driven by the prime psychic force, libido, or sexual energy, and that powerful social taboos related to certain sexual impulses cause many of our desires and memories to be repressed. These are the fundamental principles of psychoanalysis.

The humanistic approach, arguably the “third wave’ of psychology”, is comprised of numerous theories, distinct, though related, theories. It had its roots in the existentialist musings of Sartre, Heidegger, Kierkegaard, Nietzsche, and others. It arose in the infamous 1960s, largely as a result of perceived flaws the existing schools of psychology, psychoanalysis and behaviourism, which were seen by many as holding an overly derogatory, reductionist, and mechanistic view of humans. Because its theories are impossible to either prove or falsify, humanist psychology is now seen more as a philosophy or counselling approach than science. As the various pioneers of humanistic psychology were individual people, there is no single accepted theory of humanism. There are, however, numerous consistent themes. These can be very briefly summarised by James Bugental’s five postulates of Humanistic Psychology, that:

This essay will examine the views of these two major psychological movements on two perplexing psychological debates, nature versus nurture, and freewill versus determinism. The aurally gratifying idiom “nature versus nurture” is fairly self-explanatory, referring to the debate over whether one’s upbringing or heredity plays a larger role in determining his/her eventual demeanour. The “freewill versus determinism” debate is slightly more complicated. In psychology, it refers to the question of whether an individual has control over his/her behaviour and understands the motives behind it (Freedom), or if his/her behaviour is determined by some force over which he/she has no control (Determinism), such as his/her genetics or upbringing. Followers of both schools believe both nature and nurture to play an important role in the development of ones personality, and, through that, ones behaviour, whilst psychoanalysts tend to believe in determinism, largely as a result of perceived unconscious influences on the psyche, and humanists in free will.

Psychoanalysts contend that humans have base instincts, hereditary unconscious urges that are fundamental to the determination of how we act. Sigmund Freud expounded that people are fundamentally driven by inherited unconscious, instinctual, animalistic urges, primarily lust, eros, and aggression, thanatos (1920). Additionally, he believed in id, a primitive, passionate, irrational psychic force that dwells in the unconscious, and is driven by the pleasure principle (Freud, 1923). Id “contains everything that is inherited, that is present at birth, that is laid down in the constitution” (Freud, 1940). In other words, it is hereditary. Thus nature is an important element of psychoanalytic personality theory.

Curiously, certain other significant elements of psychodynamic teachings assert that nurture plays a more important role in determining one’s behaviour. A notable example of this is Sigmund Freud’s “five psychosexual stages of personality development” (Freud, 1905). This theory states that one’s upbringing, specifically whether or not he/she receives adequate stimulation in various distinct erogenous zones during each of the five stages, determines his/her adult personality and behaviour (ibid.). For example, an individual who becomes fixated during the oral stage, early infancy, is likely to be overly demanding later in life (ibid). Additionally, although id, which Freud believed people to be born with, is thought by psychoanalysts to be a significant factor in determining the behaviour of an individual, one’s ego and superego are also believed to be important. One’s ego and superego develop according to his/her nurture, specifically his/her interactions with his/her parents, and with the world in general.

Humanists are in agreement with followers of Psychoanalysis, in that they both believe both nature and nurture to play a role in determining ones eventual countenance. However, followers of the humanistic school of psychology put far more emphasis on nurture than do psychoanalysts, stressing that one learns about the world through personal experiences (Maslow, 1987). Additionally, they believe the positive or negative evaluations of others to be a crucial factor in the shaping of one’s personality (Rogers, 1951), further illustrating their faith in nurture. However, they also consider one’s capacity to fulfil his/her full potential to be subject to certain “constraints imposed by heredity” (Elias & Merriam, 1980,). Their belief in peoples’ inherent antecedent tendencies to self-actualise (Rogers, 1951) is another example of the importance of heredity in humanistic personality psychology.

The concept of psychic determinism is one of psychoanalysis’s major assumptions. Freud (1940) asserted that everything we do, think, or feel has a meaning and purpose, and that gestures, slips of the tongue, mistakes, everything, has a meaning, and nothing is accidental. These seemingly innocuous gaffes, he theorized, are in fact a result of unconscious area of the mind, a “deep, inaccessible repository of urges or drives[that] are the major determinants of behaviour” 1 , of which all individuals are unaware (Freud, 1938).

Also supporting the notion that psychoanalysts tend to believe in determinism rather than freewill are Freud’s tripartite model of the psyche, his belief in instincts, and his concept of the five psychosexual stages. Freud (1923) theorized that the mind is composed of three sections that cut across the conscious/unconscious/preconscious regions, the id, the ego, and the superego. An unconscious internal battle between the ego and superego, and the id is said to determine one’s behaviour and personality (ibid.). Additionally, Eros and Thanatos, the life and death instincts, are believed by psychoanalysts to be an influential unconscious factor in determining one’s behaviour. Finally, as aforementioned, Freud theorized that one’s personality partially shaped by the five psychosexual stages, over which one has very little control.

Conversely, humanistic theories emphasise that people are freely choosing beings, who consciously exercise control over their own destinies. Two pillars of humanistic psychology are that “Human beings have choices and responsibilities [and that] Human beings are intentional” (Bugental, 1964). Other components of humanistic theory are similarly pro-free will. They do, however, acknowledge that the mind is strongly influenced by societal, biological, and subconscious forces, contending that “human beings [make] significant personal choices within the constraints imposed by heredity, personal history, and environment” (Elias & Merriam, 1980). Nevertheless, they emphasise “the independent dignity and worth of human beings and their conscious capacity to develop personal competence and self respect.” 2

Freud’s psychodynamic theory forces, irrational thoughts, and the lasting impressions left by childhood experiences, whilst humanistic theories tend to emphasize one’s rational thought processes and inherent striving to reach his/her full potential. Psychodynamic theory is therefore heavily supportive of determinism, whilst humanist theories, though they acknowledge that external influences are an important factor shaping one’s behaviour, believe in freewill. Elements of psychodynamic theory believe heredity to be an important force shaping behaviour and personality, whilst others emphasises the importance of one’s upbringing, curious, considering that they were all postulated by the same person. Humanistic theories too contend that both nature and nurture are important, probably owing to the fact that they were formulated by a variety of different people, although they generally place more emphasis on nurture.