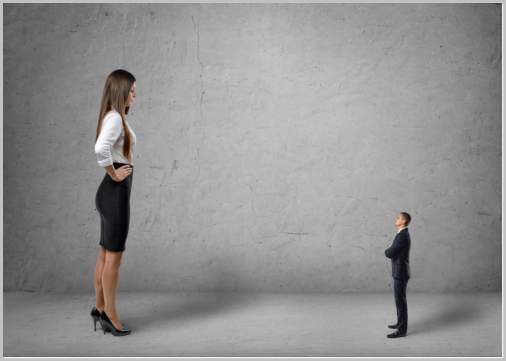 The act of belittling another has the purpose of lowering that persons self esteem, whilst temporarily heightening that of the offender. In reality people who belittle others tend to already have a rather low self esteem which is why they attempt to fix it by putting others down.

The victim is often a person who is vulnerable and so thought of as easy prey. As the perpetrator belittles them it can become apparent to others that the victim is being unfairly treated. This can help to reveal the true intent of the perpetrator and in-turn discredit them.

At other times a social game is engaged in whereby witnesses of the belittling join in on the act and enjoy a group bonding. On the outside these people may seem smug, but inwardly they know that they are behaving badly and so guilt creeps in.

The guilt which is secretly experienced by the perpetrator and any of their followers, serves in a self perpetuating manner by lowering their self esteem even further. The individual, or individuals, involved realize that they have behaved in a low down manner and so see themselves as being bad people.

The cycle then continues as they feel the need to lift themselves and may do so by belittling yet another victim or by carrying on picking on the same person. Where the same person is belittled further the perpetrators motive is to truly discredit the victim so that they can prove their original belittlement as being correct and so ease their guilt for their behavior.

The psychology of the reasoning behind a persons action of belittling another is interesting as it shows that the cycle of the behavior of the perpetrator is very difficult for them to get out of once set in motion.

To come clean and admit that they have acted unwisely by behaving badly is too much for most perpetrators to bear, so they continue as they always have done.

We can see that the person who belittles others really does belittle themselves as they force themselves into a corner that they find it very difficult to move out of. Having lowered their own self esteem further and further by repeating to themselves their own belief that they are unworthy as a person, and so deserving of no respect, they diminish their credibility and confidence.