MCHC Blood Test – Low, High, What does it Mean 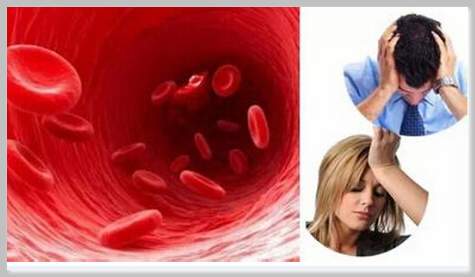 Mean Corpuscular Hemoglobin Concentration or abbreviated as MCHC is the average amount of hemoglobin in the red blood cells. The word “mean” refers to an average of something. It comes from the Middle English word “mene” which means in the middle. Corpuscular or also known as corpuscle comes from the Latin word “corpusculum” meaning “little body”. In biology, the word corpuscle means a living cell (as red or white blood cell). In this test, the red blood cell is the living cell. Hemoglobin is a substance in the blood that carries oxygen to the cells in the body from the lungs. It comes from the Greek word “haima” meaning “blood” and the Latin word “globus” meaning “ball”. Then the word concentration refers to the amount of something in a given area. It came from two Latin words “con” meaning “together” and “centrum” meaning “center”, so it means “together (in the) center.” Over all, this is why the Mean Corpuscular Hemoglobin Concentration refers to amount of the hemoglobin in a given number of red blood cells.

What is MCHC in Blood Test?

The Complete Blood Count (CBC) test has a value of MCHC. Hemoglobin Concentration had it’s vital role in clinical significance, as hemoglobin carries oxygen from lungs to each body tissue. The total of hemoglobin in a red blood cell is measured as the Mean Cell Hemoglobin (MCH) can be observed in the Complete Blood Count (CBC). It’s usually reflects to the size of the red blood cells. The MCHC blood test can tell the patient if his or her red blood cells pack in more or less hemoglobin than the normal. This is why the red blood cell appearing more or less red, because the hemoglobin causes the red color to the blood. Usually MCHC blood test conducted when the patient has signs of abnormal hemoglobin like he or she experiencing too much weakness or exhaustion, blood hemorrhage, presence of infection or perceptible swelling of the face or other body parts. It is used to diagnose the type, cause, severity of anemia. Anemia is a condition that develops when the blood lacks of enough healthy red blood cells or hemoglobin. In case of there are few or abnormal red blood cells or the hemoglobin is abnormal or low, the cells in the body won’t get an adequate amount of oxygen. Most anemic experiencing fatigue, occur because the organs aren’t receiving enough of what they need to function properly.

What Does a Low or High MCHC Mean?

There is no specific normal value, yet the most widely used standard of MCHC is in the range of 32-36 grams/deciliter in adults or can be also expressed in percentage within 28-36%. The standard value is set to be in range because different laboratories use different machinery or technique in measuring MCHC which brings different results of the blood tests. Thus every laboratory had their considerable normal range in the reported result document.

Low Mean Corpuscular Hemoglobin Concentration means there is less hemoglobin in the red blood cell not considering the size of the cell. This case called as Hypochromia or Hypochromic anemia means the red blood cells do not have enough hemoglobin to function properly. It may be caused by prolonged blood loss, iron deficiency, internal bleeding, any gastrointestinal tract tumors or a specific condition. People have hypochromic anemia experiencing fatigue and short breath most of the time. MCHC can consider low if the level of blood test result is below 28% or 32 grams/deciliter.

High Mean Corpuscular Hemoglobin Concentration refers to the level of MCHC above 36% or over to 36 grams/deceliter. High MCHC also known as Hyperchromia or Macrocytic anemia. There is a high concentration of hemoglobin in a red blood cells than the usual. This case commonly seen in autoimmune hemolytic anemia, also in burn patient and it may also occur in hereditary spherocytosis, which is an unusual disorder. This usually cause of lack of folic acid or vitamin B12 and liver disease.

How Are MCHC Blood Tests Performed?

The MCHC blood test is part of Complete Blood Count (CBC) perform by the physician to determine the overall health of the patient. If a person is hospitalize, he or she needs to undergo this test. Even there is no suspicious disease, the doctor may still perform it. It is necessary to determine the signs of anemia and infection.

The test works this way, the blood will be drawn into a tube that contains an anticoagulant and the using a Coulter counter, it will be analyzed. The latter step is typically automated, which the red blood cells count multiplied by the size produces the hematocrit number and the concentration of hemoglobin measured after bursting the red blood cells. The instrument calculates dividing hemoglobin by the hematocrit. The color of the blood is an important factor, if its lighter than the usual the result is low MCHC, or if its darker possible the MCHC is high.

Before anything else, the patient need to determine what is the cause of his/her condition, it may be caused by the following:

Mean Corpuscular Hemoglobin Concentration as a part of CBC had its vital role in the over all health of everyone. And those who have the same cases of the above causes, either of those three, the patient still need to have a formal check up and ask the doctor for the best recommendations to his/her condition.

Determination of Hematological Values of Blood

MCV Blood Test: High, Low, Normal, What does it Mean?