How Genetic Engineering is done

Genetic engineering or genetic modification is a relatively new branch of science. Bacteria were the first to be genetically modified in 1973, followed by mice in 1974. Genetic engineering has seen a fair share of controversies from people who believe that it is playing God, or others who fear the consequences if the technology lands in the wrong hands.

On the other hand, genetic engineering has saved lives and diabetics who have ever used insulin made from bacteria can attest to this.  With global warming and the rapidly changing seasons, it’s becoming almost impossible to rely on rain for growing crops hence genetically modified plants that are more draught resistant and mature faster are needed.

What is genetic engineering?

Without getting into the core, genetic engineering can be simply defined as, direct alteration of an organism’s genetic makeup usually DNA in an unnatural process with the aim of creating new or improving current functions of an organism.

You may also likely to read the pros and cons of genetic engineering. 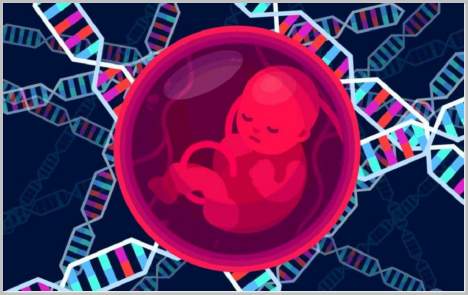 The first step in genetic engineering is identifying particular genes and isolating them from the rest through polymerase chain reaction (PCR). A common gene that is used to modify animals is the growth hormone which accelerates maturity. After successful isolation, the gene is put in a bacterial plasmid.

Before inserting the gene into a genetically modified organism, it must be modified to ensure it will integrate properly with the new environment. In technical terms it’s called ‘proper gene expression’. It’s in this stage that you will hear of some common words used in science movies such as promoter, terminator and selectable marker genes.

After the DNA has been modified and optimized for compatibility, it’s transferred into a cell. Cell membranes are not very permeable so several procedures are used to ‘shoot’ the new DNA into the cell. Procedures used include electroporation, microinjection or use of retroviruses. Electroporation refers to use of electric shocks to make the cell membrane permeable and the genes are inserted. Microinjection involves use microscopic needles to inject the genes.

A more reliable form is use of retroviruses which can be injected with the modified DNA and allowed to enter the cell membrane and implant the new DNA. Since some viruses will target specific organs or cells, they can easily be used to deliver the engineered DNA. To prevent viral infections, the virus will also be altered.

Food and Agriculture Organization (FAO) – The process of genetic modification