A fixed action pattern (FAP) is an instinctive behavioral response that is triggered by a very specific stimulus. Once triggered, the FAP behavior can’t be stopped ‘midstream’, but must play out to completion.

Fixed action patterns are produced by a neural network known as the innate releasing mechanism. The FAP is triggered in response to an external sensory stimulus known in animal behavior terms as a sign stimulus, or, if it is a signal from one individual to another, it is called a releaser.

* Egg Rolling and the Greylag Goose *

Niko Tinbergen, a pioneering researcher in the area of animal behavior, studied the egg rolling behavior of a Greylag Goose as an example of an FAP. If one of the gooses’ egg rolls away from the nest, the goose automatically rolls the egg back to the nest with a repeated, specific action. When the female notices an egg outside the nest (sign stimulus), she begins the repeated movement to drag the egg with her beak and neck.

If, while the goose is rolling the egg back to the nest, the egg slides off to the side or is removed by an observer, the goose continues to repeat the stereotypic movements, until she reaches the nest. She’ll then relocate the missing egg and begin the process all over again. 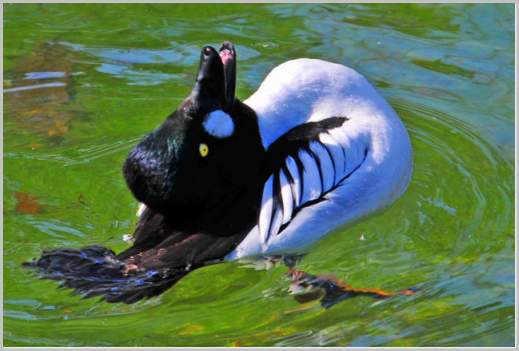 The mating dance of many species is another example. Many varieties of birds engage in a very specific sequence of elaborate movements. Sometimes both birds perform the dance together, but in many cases, it is an ornately feathered male that performs the dance for the female.The key stimulus for this FAP is the presence of the female, and she chooses her mate based on how elaborate his plumage and dance are. 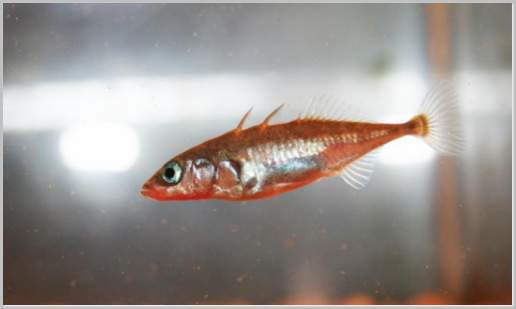 Niko Tinbergen also studied a species of fish commonly called the red-bellied stickleback. The male of this species turns a bright red/ and blue color during breeding season, a time during which they are naturally aggressive towards other red-bellied sticklebacks. The bright blue and red coloring of other male competitors (or sometimes inadvertently anything that is bright blue and red) triggers aggression.

This behavior is useful in that the stickleback needs to be able to secure an area to use for obtaining food and mating with females. The color-induced aggression helps keep interlopers out.

We are triggered to yawn when we see another person (or animal) yawning. Even seeing the word ‘yawn’ may have triggered some readers to do so. And just try stopping in mid-yawn. You can’t. Once you begin to yawn, this instinctive, hard-wired response must run its course, from beginning to end.

Some species have evolved to take advantage of the fixed action patterns of other species by mimicking their sign stimulus. The term used to describe the duplication of another species’ releasing mechanism is known as code-breaking.

Brood parasitism gives us one example of code breaking. This form of parasitism is when one species lays its eggs in the nest of another species, tricking the owner of the nest into parenting young that are not its own. This happens in the case of the North American cowbird and the European cuckoo, both brood parasites.

Chicks of these parasitic species push the eggs and hatchlings of the nest owners out of the nest. Then, being larger and louder than true offspring of the parent species, the cowbird hatchling provides a supernormal feeding stimulus to its ‘adoptive’ parent, which will cause the parent to forage more frequently than it normally would, all to satisfy this larger, impostor baby’s demands.

If you are interested in a career in animal behavior see the CISAB guide to careers. For help understanding your pets behavior, see the Animal Behavior Network.

Why do People Yawn