Difference between Weathering and Erosion 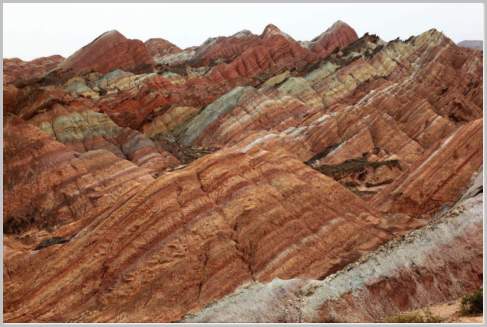 There are two types of weathering: Mechanical(or physical) and chemical (or biological). In mechanical weathering, rocks break down from contact with the elements of the atmosphere: water, ice, heat and pressure.  In physical weathering, chemicals are involved that either exist in nature or that are man made.

Thermal expansion, frost disintegration, pressure release, hydraulic action, salt weathering or the action of biological entities are the forces which disintegrate rock by the mechanical/physical process.

In the chemical/biological process, water combines with various chemicals to literally break down the form of the rock. This is done when the combination creates a form of acid that is effective in dissolving the bonds.

Rainfall is acidic because of the carbon dioxide that dissolves, creating a weak carbonic acid. Acid rain is different, as it contains some sulfur dioxide and nitrogen to produce a stronger form of acid. The strongest form of acid rain occurs when volcanoes erupt and sulfur dioxide (SO2) creates sulfuric acid.

Limestone has a lot of calcium carbonate. When calcium carbonate contacts carbon dioxide or an organic acid, weak carbonic acid can form and become calcium bicarbonate, which breaks down the limestone!  This is called carbonation weathering.

Hydration weathers minerals when H+ and OH-  ions in the water attach to the minerals in a rock. This creates physical stresses which results in breaks in the rock structure. There is also hydrolosis and silicate weathering that affect silicate and carbonate minerals; and oxidation of metals. 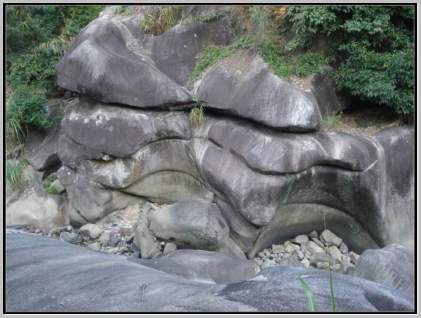 Soil is eroded. Soil has a structure that develops when sand, silt, humus, root structures and other elements form a mixture that is held together until rain or wind disturbs the structure. Rain is a powerful first form of attack on a soil structure. Raindrops can impact with enough force to penetrate the soil and to eventually saturate it.

When the soil is saturated, the water must then flow over the soil, again with great force which creates gullys and rills. The gullies and rills then allow further breakdown of the soil until it washes away.

In wind erosion, the wind will pick up the finer grains of sand, which will drop to the soil, causing further impact and breakdown. This is called saltation. After saltation, the finest particles can be picked up by wind and carried in suspension for great time and distance.

When the soil is completely broken down, desertification occurs because the soil can no longer support the plant life that holds the soil together with root structures. The soil can no longer be replenished with the humus that forms from dead and decaying plant material. Then the soil no longer has any leafy protection from more rain impact or wind and the cycle continues until a desert is formed.

Desertification can be the result of animal and human activity where soil compression from trampling hooves or equipment can compact the soil until seeds cannot gestate. Sheep have been known to be highly destructive as they eat plants to the ground, leaving little plant material to provide humus and nutrients. Overgrazing and poor crop rotation fails to replace nutrients that the soil needs to sustain plant growth. Deforestation eliminates the tree canopy and allows the rain and wind to impact the rich soil and break it down.

These and other activities can cause devastating desertification, the ultimate in soil erosion, in a relatively short period of time.