Sucralose is a CHLORINATED artificial sugar derivative that is up to 600X sweeter than sugar.  Splenda brand sweetener is actually a combination of sucralose combined with other caloric sweeteners so that it will have the consistency of sugar and can be measured and poured just like sugar.

Sucralose was created accidentally by 2 scientists who were working on creating a new INSECTICIDE by adding a sugar solution to sulfuryl chloride – a highly poisonous chemical.  When all was said and done, the final product involved substituting 3 chlorine ions for 3 hydroxyl groups on a sugar molecule.  Chlorine is a Class 1 carginogen.  The patent was sold to Johnson & Johnson who then created McNeil Nutritionals to be solely responsible ofr the manufacture and marketing of Splenda.

The chemical name for sucralose:  1,6-dichloro-1,6-dideoxy-beta-D-fructrofuranosyl-4-chloro-4-deoxy-alpha-D-galactopyranoside.

Dr. James Bowen, a physician and biochemist writes: “unlike sodium chloride (salt), chlorocarbons are never nutritionally compatible with our metabolic processes and are wholly incompatible with normal human metabolic functioning….(C)hlorocarbons such as sucralose deliver chlorine directly into our cells through normal metabolism.  This makes them effective insecticides…

Molecules that contain a bond between carbons and chlorine are known as Organochlorines and, as a group, are mainly used as pesticides.  They are fat soluble which means that if your body’s natural detoxification mechanism isn’t working properly, perhaps due to toxic overload, the toxins will get stored in your fat cells.  Fat-soluble substances tend to accumulate in organ tissue – including your BRAIN – and they are PERMANENTLY stored there.

So, for those of you who have asked me the question: “so what do you think of Splenda”, I hope this will answer it once and for all.

I don’t want to go into all the gory details about the ridiculous political finagling that went on to get FDA approval for aspartame but in short, Donald Rumsfield (secretary of defense under Pres. George W Bush) used to be CEO of GD Searle, manufacturer of aspartame.  When his good buddy Ronald Reagan became president, the necessary cogs on the wheel were put in place to get FDA approval despite testing that showed that aspartame caused grand mal seizures, malignant lymphoma and brain tumors.  Legal cases were successfully stalled to allow the statute of limitations on them to expire.  You can go to www.mercola.com to learn more about this whole story.  I just want to tell you about what you are getting with aspartame.

There are 3 main components to aspartame: phenylalanine, aspartic acid and methyl ester.

Phenylalanine decomposes into DKP which is a known carcinogen when exposed to warm temperatures or prolonged storage.

Aspartic acid, when consumed as a free form amino acid, enters the central nervous in abnormally high concentrations causing excessive firing of brain neurons and potentially leads to cell death.  This is known as excitotoxicity.  Symptoms include depression, balance problems, headaches, mental confusion and seizures.  Scientists have linked excitotoxicity to Parkinson’s and Alzheimer’s.

10% of the aspartame that is absorbed into your blood stream is methanol a.k.a. wood alcohol a.k.a. paint remover, a break down of the methyl ester component.  The average can of diet soda contains 16mg of methanol even though the EPA defines safe consumption as no more the 7.8mg per day.  Methanol poisoning can lead to fatal kidney failure, blindness, multiple organ system failure and death.  Methanol can spontaneously break down into formaldehyde (the chemical used to preserve dead bodies).

In 1984, one year after aspartame was approved by the FDA, there was a dramatic increase in the number of cases of brain cancer and was disproportionately growing relative to other cancers, in fact most other rates were decreasing. 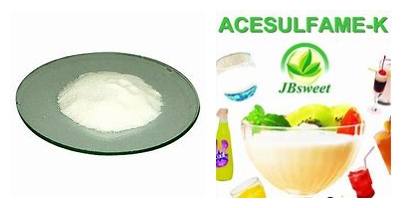 Although it was first approved for limited use in July 1988 by the FDA, many scientists insisted that safety testing was seriously flawed and there were major concerns over endangering the public with wider use of this sweetener.  The Center for Science in the Public Interest is extremely concerned that acesulfame-K is a potential carcinogen.  It may contain methylene chloride which can cause headaches, mental confusion, depression, kidney effects, liver effects, depression, bronchitis, nausea, loss of appetite, poor balance, visual problems and cancer.

The scientists have been ignored and acesulfame-K is now being used in beverages.

Neotame, approved in 1997 as a tabletop sweetener, was developed by Monsanto as the patent for aspartame was running out.  It is 72X sweeter than aspartame and 7-13,000X sweeter than sugar and is the sweetest artificial sweetener ever invented.  It is aspartame PLUS 3-di-methyl-butyl, which is included on the EPA’s list of most HAZARDOUS CHEMICALS.

Neotame, along with all the previously listed sweeteners, are toxic, laboratory created, factory made sweeteners that should not be consumed by humans.  They can not be in anyway referred to as food or anything resembling food and do nothing but CREATE DISEASE.

Why would you want to put your health at risk to save a few calories?  In the next installment, you will learn why these “diet” products are an even bigger lie.

A study performed on college students showed evidence that artificial sweeteners perpetuate CRAVINGS FOR SWEETS and overall sugar consumption is NOT reduced.  Another study showed that drinking both sugar and sugar-free soft drinks INCREASED the likelihood or weight gain by 65%.  BUT it was the DIET soda that was associated with “SERIOUS WEIGHT GAIN”.

Artificial sweeteners WILL NOT HELP YOU LOSE WEIGHT.  Since these sweeteners are so much sweeter than sugar, they must be mixed with bulking agents like dextrose, sucrose and maltodextrin to make them more palatable, affordable and easier to manage.  These bulking agents are in fact SUGAR!!!!

ARE YOU READY???  All artificial sweetener packets are 96% SUGAR.  Splenda is 99% SUGAR.  Food labeling laws allow the packets to say “sugar-free” because the serving size is less than 0.5 grams and “calorie-free” because it is under 5 calories (only 4 calories).

An Overview about the Chemical Element Chlorine